Secretary of State Tillerson marks one year on the job

Despite rumors of friction between the secretary of state and President Trump over foreign policy, Tillerson appears to remain in good stead with the president.

As President Trump boarded Air Force One to the Republican retreat in White Sulphur Springs, West Virginia Thursday morning, by his side was Secretary of State Rex Tillerson, a man who has outlasted predictions of his imminent demise.

Tillerson is at the one-year mark of his tenure as secretary of state and appears to have cemented a stable working relationship with Trump and a reasonable expectation he will remain the administration’s chief diplomat.

It was not always so. As recently as October, Washington was rife with speculation that Tillerson was on the verge of a forced resignation. Press reports indicated he had called the president a “moron” in a private conversation. At the time, Tillerson addressed the reports, but never unequivocally denied them.

“I’m not gonna deal with petty stuff like that. I mean, this is what I don’t understand about Washington,” he told reporters. 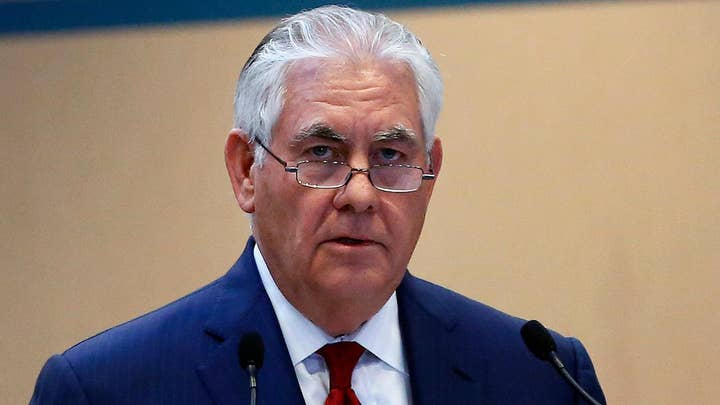 Even then, he reaffirmed his intention to stay put.

“My commitment to the success of our president and our country is as strong as it was the day I accepted his offer to serve as secretary of state,” he said.

Policy differences between the two, such as Tillerson’s strong belief in the U.S.’ commitment to the Paris climate accord, and a less hawkish approach to North Korea, remain.

That divide may be reflected in the recent decision to abandon the nomination of Victor Cha as ambassador to South Korea. Cha reportedly was opposed to the administration’s hardline approach to North Korea, including alleged plans for a so-called “bloody nose” preemptive strike against the rogue state to compel Kim Jong Un to abandon his nuclear program.

But those differences appear to be outweighed by begrudging acceptance that Tillerson, along with Defense Secretary Jim Mattis, serve a valuable role — as a counterbalance to the more aggressive wing of the Trump cabinet, the national security wing of advisors headed by National Security Advisor, H.R. MacMaster and CIA Director Mike Pompeo. 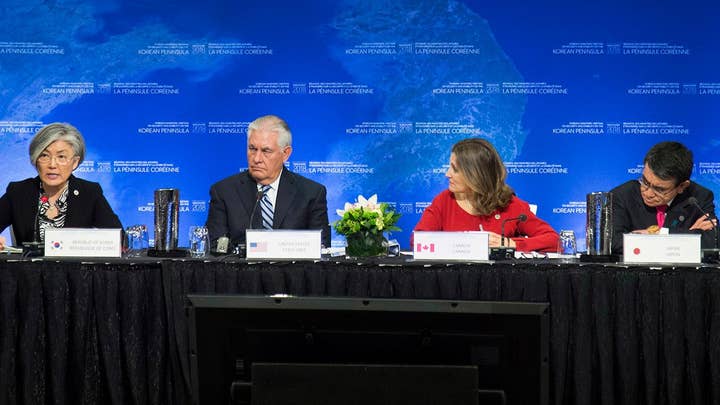 Tillerson also appears to see eye-to-eye with the president on the economic threat posed by China’s unfair trading practices. Thursday, just hours away from his first ever weeklong multination trip to Latin and South America, Tillerson gave a crowd at the University of Texas at Austin a preview of his message to Latin America.

“Today China is getting a foothold in Latin America. It is using economic statecraft to pull the region into its orbit. The question is at what price,” he said.

He noted that China does more trade with South America than any other nation, and he warned of “potential predatory actors and imperialists” in the hemisphere that threaten to reduce incomes and put wage earners out of work.

Tillerson is also expected to shore up concerns among the U.S.’ southern neighbors about Trump’s tough immigration policies and his dislike of the North American Free Trade Agreement, which he believes has extracted American wealth and jobs.