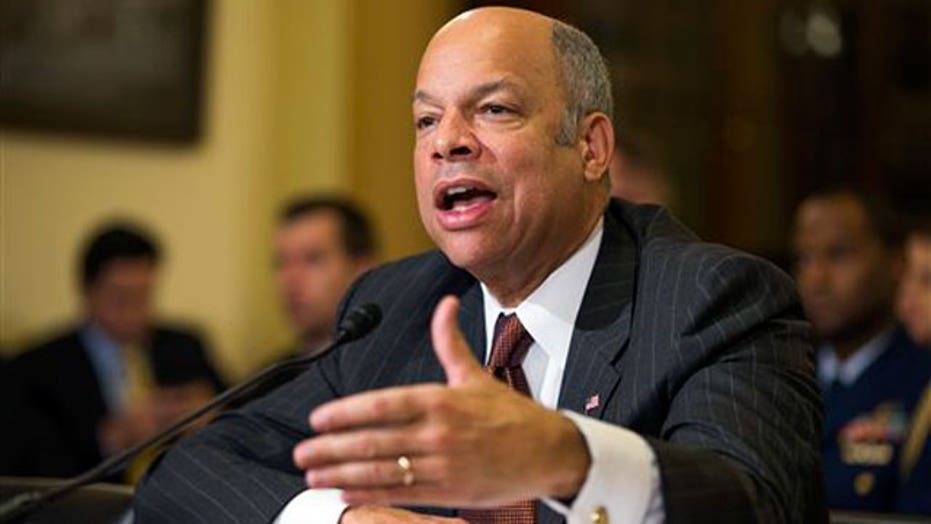 WASHINGTON – Republican lawmakers ripped into Homeland Security Secretary Jeh Johnson on Tuesday as he defended President Obama’s executive actions on immigration, in his first Capitol Hill appearance since the president announced the overhaul.

While acknowledging the country's immigration system is broken, Chairman Rep. Michael McCaul, R-Texas, called out the Obama administration for side-stepping Congress to push the immigration overhaul through.

“Regardless of where you stand on the issue, there’s a right way to do this and a wrong way,” McCaul said. He added: "This is not how democracy works."

Johnson appeared before the House Homeland Security Committee in the administration’s first testimony on the issue, as Republicans scramble to find a way to block or stall parts of Obama's plan.

Some conservatives circulated bill language Monday stipulating that no money or fees "may be used by any agency to implement, administer, enforce or carry out any of the policy changes" announced by Obama. They hope to include it in an upcoming must-pass spending bill, forcing a confrontation with Senate Democrats and potentially Obama. Congress must pass a government funding bill by Dec. 11 to avoid a partial government shutdown.

But while conservatives are eager to use that as leverage to block Obama's moves, Republican leaders fear that could result in a veto by Obama and a subsequent shutdown. House Speaker John Boehner is pushing a separate plan to vote on a measure disapproving the president’s action later this week. The House would then consider a full-year spending bill for most government agencies along with a shorter-term measure for departments that deal with immigration.

Obama’s executive actions would halt deportations for nearly 5 million illegal immigrants, which applies to those who have been in the country for more than five years and have kids who are citizens or green card holders. Johnson defended the actions on Tuesday.

“The reality is that, given our limited resources, these people are not priorities for removal. It's time we acknowledge that and encourage them to be held accountable," Johnson said. "This is simple common sense."

However, Republicans agree they must stop Obama as soon as possible.

McCaul and other Republicans hammered home the idea of Obama overstepping his legal authority on the immigration issue.

“The president said over 20 times that he did not have the legal authority to do this – to make this executive action, and that this is not how democracy works. Do you agree with that prior statement?” McCaul asked Johnson.

“Chairman, I know from 30 years as a lawyer that when someone paraphrases remarks from somebody I want to see the full Q&A,” Johnson responded. “I want to see the full context to see exactly what the person said. I’ve looked at various excerpts of remarks by the president concerning his legal authority to act. I do not believe that what we have done is inconsistent with that.”