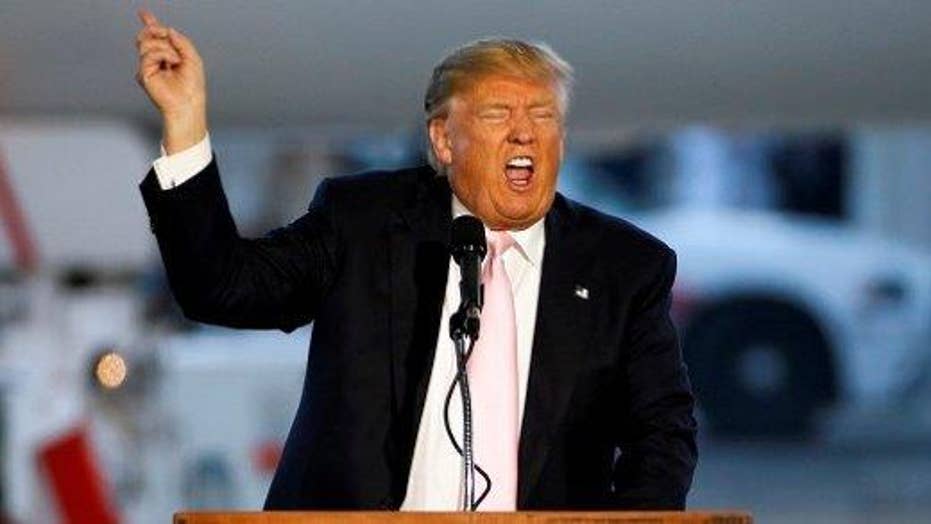 Influential Republican allies of Donald Trump are trying to arrange an “intervention” – what amounts to a strategic review – with the GOP presidential nominee in a bid to convince the candidate to change up his approach after a rocky few days, Fox News has learned.

NBC News first reported that the figures are looking to meet with Trump in the coming days to discuss a possible reset, hoping to involve Trump’s children in the effort.

Fox News is told that while some are pushing for a meeting, the “intervention” may end up consisting of a series of phone conversations with the candidate. But there is no question supporters want to get the candidate back on message about Hillary Clinton and the Obama administration's record.

The move comes amid a whirlwind of post-convention controversies -- including the GOP nominee’s feud with Muslim parents who lost their son in Iraq and his decision to hold back a primary endorsement for House Speaker Paul Ryan and others GOP lawmakers.

But campaign chairman Paul Manafort, speaking Wednesday with Fox News, voiced confidence in the campaign’s position and denied knowledge of any intervention effort.

“This is the first I’m hearing of that,” Manafort said. “… The campaign’s focused and the campaign is moving forward in a positive way. The only need we have for an intervention is maybe with some media types who keep saying things that aren’t true.”

Manafort stressed that the campaign has now installed a director in every state as it pushes forward to November.

Newly released fundraising numbers also show Trump and the GOP raised $80 million in July, marking a surge in fundraising compared with past months – and drawing close to the combined $90 million raked in by Clinton and the Democrats last month.

"The campaign is in good shape,” Manafort said.

Gingrich, in an interview with Post, also warned that Clinton could be gaining the edge.

“Trump is helping her to win by proving he is more unacceptable than she is,” he said.