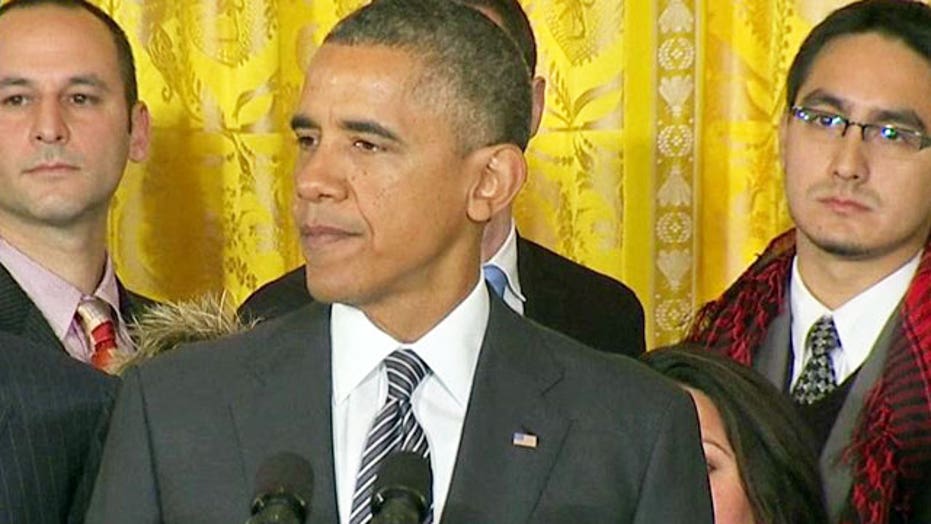 Republicans who back immigration reform are ramping up their push to get the House to bring legislation to the floor, as the issue threatens to potentially create a public divide within the GOP.

The Wall Street Journal reports the group Republicans for Immigration Reform is building up its lobbying efforts in Washington, releasing a web ad last week urging the House to act that has been viewed over 600,000 times, according to the group.

This week, the New York Times reports a coalition of about 600 mostly Republican leaders in business and agriculture will begin an effort to lobby 80 GOP representatives on the issue. Some GOP donors are also reportedly privately withholding their contributions from members of Congress who oppose action of immigration reform.

The issue has the potential to divide GOP lawmakers again after public in-party fighting over the recent budget negotiations.

The New York Times reports that while some House members and House Speaker John Boehner are pushing for the lower chamber of Congress to pass its own immigration legislation before the end of the year; some conservative lawmakers have said they will not act on the issue regardless of pressure.

“I care about the sovereignty of the United States of America and what it stands for, and not an open-door policy,” Rep. Ted Yoho, R-Fla., who is opposing all of the bills the House is currently considering, told the New York Times.

However, both President Obama and Boehner expressed optimism last week that the House could pass immigration legislation.

Obama on Thursday told an audience of business, community and labor leaders that the time to pass the Senate-passed reform bill is now, and urged the House to do so soon.

“Everybody knows our current immigration system is broken; across the political spectrum people understand that,” he said. “We’ve known that for years it’s not smart to invite some of the brightest minds in the world to study here and not start businesses here and we send them back to their home countries to create jobs, invent new products someplace else.”

However, almost immediately following the president’s speech, Boehner’s press spokesman released a statement saying the speaker was opposed to the Senate immigration package.

“(Boehner) has been clear that the House will not consider any massive, ObamaCare-style legislation that no one understands,” Brendan Buck said in a written statement. “Instead, the House is committed to a common sense, step-by-step approach that gives Americans confidence that reform is done the right way.”

The Senate bill passed over the summer offers undocumented immigrants who entered the country before 2012 a 13-year path to citizenship.

The legislation also takes steps at reforming visa programs as well as beefing up security at the borders.