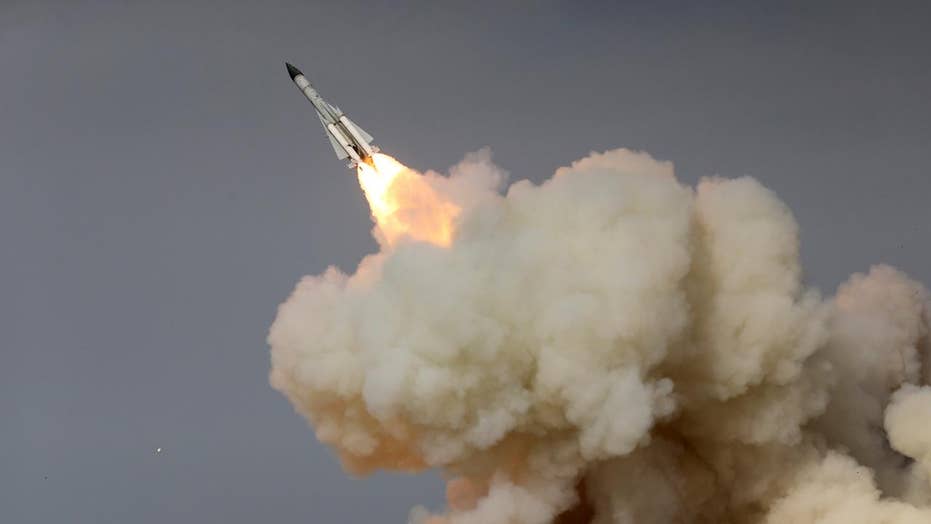 Defense and intelligence officials have reportedly expressed concern over the possiblity that the Trump administration will at some point designate Iran’s Revolutionary Guard a terrorist organization.

Officials said the designation could put U.S. troops in danger in Iraq and hurt the overall fight against the Islamic State, The Washington Post reported Wednesday. The White House is weighing whether to designate the Muslim Brotherhood-- along with the revolutionary guard-- as terrorist organizations.

A senior White House official told The Post was still being mulled over. The White House has sought to take a hard stance against Iran and has even threatened fresh sanctions over Iran’s recent missile tests.

“There are so many second, third and fifth order of facts with every decision, as we see it, and so I think that this is an area where, rightly so, we have to be very smart... This all has to do with [Iran’s] behavior. What we have to do is figure out what are the right things to consider. We consider a lot of things. What we actually decide to do is different,” the White House official said.

White House Press Secretary Sean Spicer declined to say whether the White House would take steps against either the Muslim Brotherhood or the IRGC, The Wall Street Journal reported.

However, Spicer said: “There’s no one that can question the president’s commitment to fully attacking and addressing the threat that we face by Islamic terrorists.”

Iran’s Revolutionary Guard is an elite military unit and reports directly to Supreme Leader Ayatollah Ali Khamenei. It was established right after the 1979 Islamic revolution in Iran and has grown to dominate Iran’s economy, according to The Journal. More than 100,000 field the army, navy and air force.

The Treasury Department had already sanctioned the Revolutionary Guard and its Quds Force for terrorist activities and support. A terrorist designation would have more of an impact on Iranians ability to travel and access to the international financial system, according to The Washington Post.

Officials worry that a terrorist designation could harm the extremely fragile relationship in place between the U.S. and Iran as they seemingly work together to free Mosul from the Islamic State.

The Post reported there is an agreement that was facilitated by Iraq to keep their distances while on the battlefield to avoid a clash. Officials are concerned a clash could start fresh attacks from Shiite Muslims against American forces in Iraq, which came to a halt when the U.S. originally pulled out of Iraq in 2011.

Experts told the newspaper that a terrorist designation on the Muslim Brotherhood could cause a different set of problems. U.S. allies, including Turkey and Jordan, consider the Brotherhood a legitimate party. It makes up 10 percent of the Jordanian Parliament.