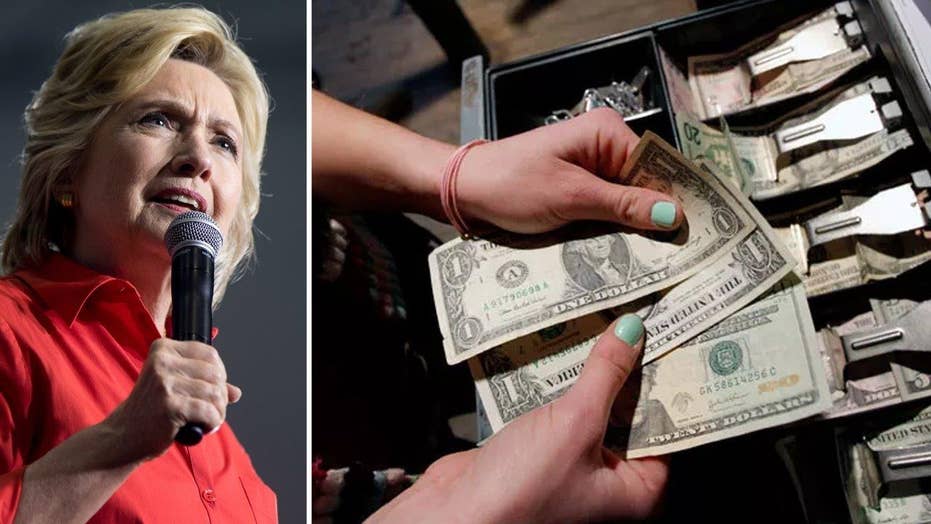 Hillary Clinton comes up $2.2 trillion short in paying for her policy agenda, despite hiking taxes by $1.3 trillion, according to a new analysis of the Democratic nominee’s campaign platform.

The American Action Forum, a center-right policy institute, released a report Thursday finding Clinton’s domestic agenda would “have a dramatic effect on the federal budget.”

Gordon Gray, American Action Forum’s director of fiscal policy, based the report on estimates of policy proposals from the Clinton campaign itself, as well as independent analyses from the Tax Policy Center and the Center for a Responsible Federal Budget.

Gray found Clinton’s policies for expanding government’s role in family leave and student loans would contribute significantly to the deficit, and in turn a growing national debt that stands at $19.358 trillion.