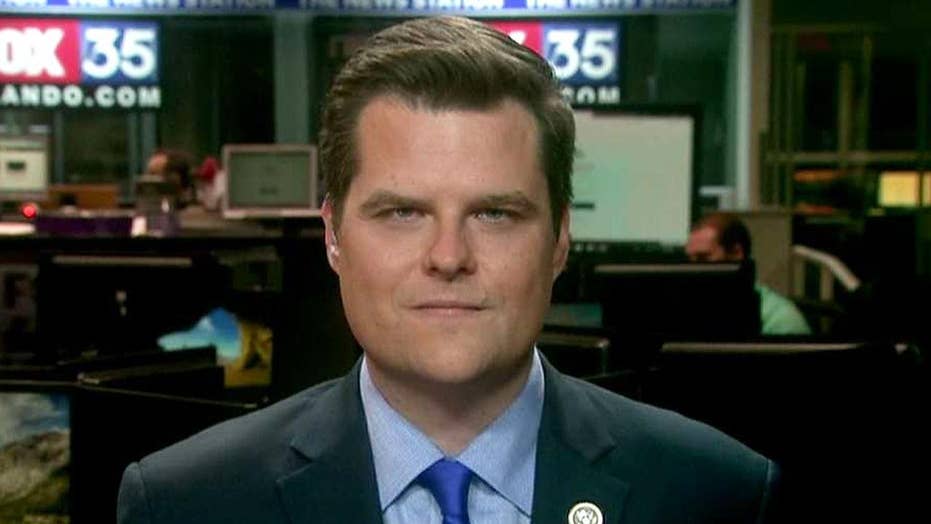 Florida Rep. Matt Gaetz said during a Friday interview on Fox News it was “wrong” for him to “invoke” ex-Trump lawyer Michael Cohen’s family in a widely-condemned tweet this week, saying, “I shouldn’t have done it.”

“I’m sorry,” Gaetz said during an appearance on “The Story with Martha MacCallum.” “It is entirely appropriate to test the truthfulness of a witness, but that could have been done in a way that didn’t invoke someone’s family.”

The night before Cohen appeared for his much-awaited testimony on Capitol Hill, Gaetz posted a tweet accusing Cohen of being unfaithful to his wife.

Gaetz wrote: “Do your wife & father-in-law know about your girlfriends? Maybe tonight would be a good time for that chat. I wonder if she’ll remain faithful when you’re in prison. She’s about to learn a lot...” 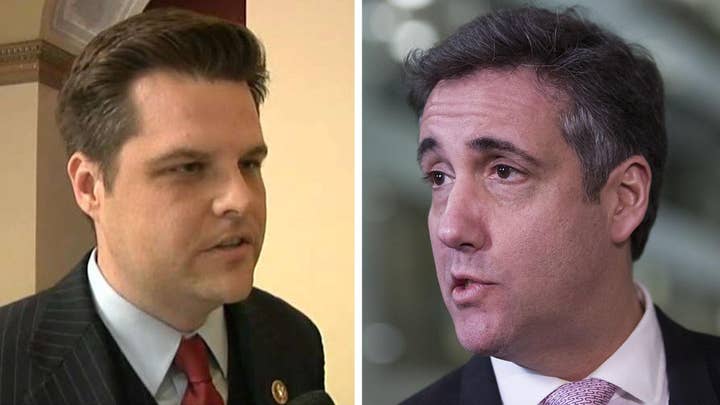 Gaetz later deleted the tweet and apologized directly to Cohen. Lanny Davis, who represents Cohen, slammed Gaetz’s tweet as “despicable lies and personal smears.” The Florida Bar then announced it had opened an investigation into the tweet.

But Gaetz denied reports he was overheard in the Capitol talking to President Trump about the tweet. The congressman said he was actually on the phone at the time talking with Florida’s governor about an unrelated issue.

“I can certainly tell you there’s false reporting about me,” Gaetz said, calling reports about him on the phone with Trump a “lie.”