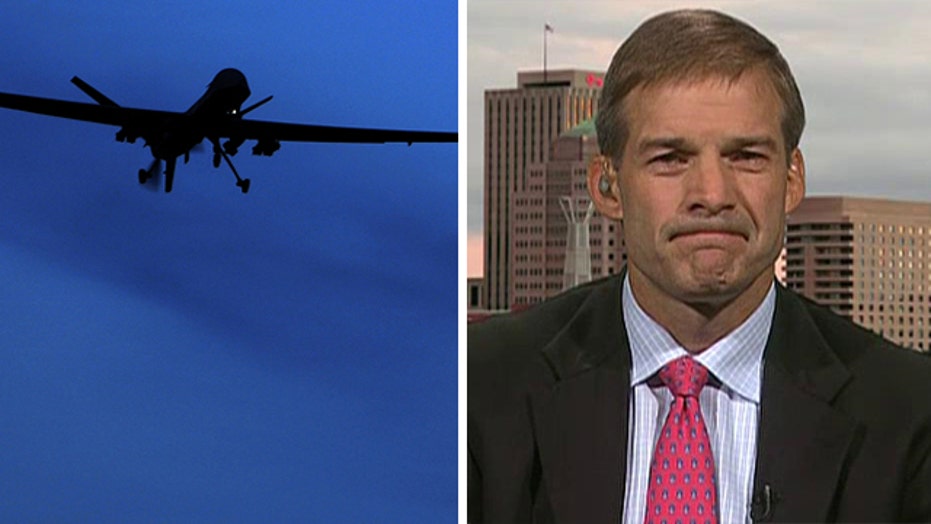 Rep. Jordan: Obama should come to us on Syria airstrikes

Republican lawmaker says decision should be fully debated by Congress

"Of course he should come and talk to Congress,” Jordan said on Fox News’ “The Real Story,” adding the president should take the Constitution into consideration as he mulls the strikes.

As a member of the House Oversight Committee, Jordan stressed the need for congressional approval, in light of major decisions like the Bowe Bergdahl prisoner swap. In that case, the Obama administration exchanged five Taliban commanders for the captured U.S. soldier without giving Congress 30 days-notice.

Jordan further urged how military action against ISIS should be something that’s “fully debated,” especially with the possibility that the administration may put boots on the ground, adding the executive decision would put soldiers’ lives on the line.