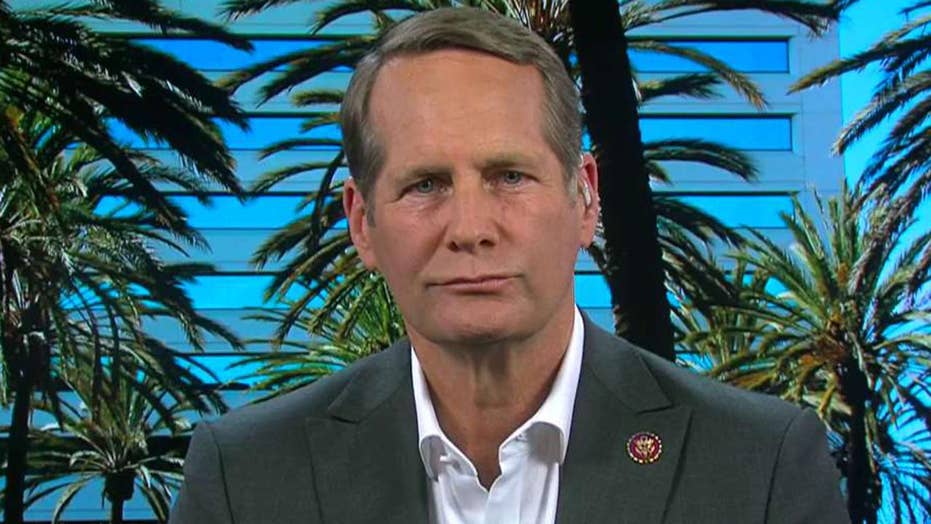 A source tells Fox News that House Democrats are in talks with Special Counsel Robert Mueller about whether he will testify before the Judiciary Committee; insight from California's Rouda, Democratic member of the House Oversight Committee.

Rep. Harley Rouda, D-Calif., who sits on the House Oversight Committee, lamented President Trump's tweeted about the "Russia hoax" after Trump had a conversation with Russian President Vladimir Putin, suggesting that he should have instead discussed Moscow meddling in the 2016 election.

"We need to stay focused on what Russia did," Rouda said while appearing on "Outnumbered Overtime" on Friday. He and Fox News host Harris Faulker were discussing Democrats' next steps after Special Counsel Robert Mueller concluded his report on Russian meddling.

"The fact that the president spoke with Russia — with Putin today — for an hour and tweeted out, 'the Russian hoax,' when we have a clear report showing Russia's involvement in trying to influence or actually influencing our election — we'll never know — why isn't he talking about that?" Rouda asked.

Rouda appeared to refer to Trump's tweets on Friday, in which he detailed the conversation he had with Putin.

"Had a long and very good conversation with President Putin of Russia. As I have always said, long before the Witch Hunt started, getting along with Russia, China, and everyone is a good thing, not a bad thing," Trump tweeted.

According to Attorney General William Barr, Mueller's report did not show sufficient evidence to conclude that Trump's campaign had colluded with Russia in the 2016 elections. It did, however, raise concerns about the extent to which Russia worked to interfere with the U.S. election.

Democrats like Rouda have pushed for Congress to further investigate the issue. Rouda, on Friday, also defended the idea that as part of Democrats' investigation, Mueller should testify before Congress.

"We want to obviously have him come in and give us greater understanding and in-depth facts behind the report as well as the underlying evidence," he said.