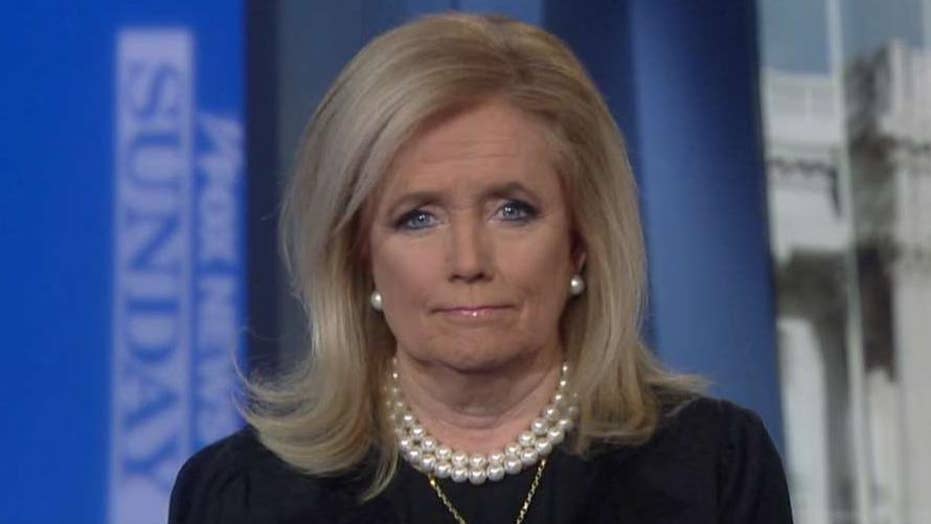 Rep. Dingell on Trump's comments about her late husband, Pelosi's decision to withhold articles of impeachment

Trump, who honored the late congressman when he died in February, implied that he may be in hell when he said at a Michigan campaign rally, "maybe he's looking up" -- instead of down from heaven. Members of both parties criticized the president's comment, which came after Dingell voted to impeach him.

HOUSE DEM BLASTS TRUMP AFTER ATTACK ON JOHN DINGELL: 'HELL WILL BE TOO GOOD FOR HIM'

"We have to learn in our country that you can disagree agreeably," Dingell told "Fox News Sunday," recognizing where the president may have been coming from. "I understand that this impeachment was a very personal issue to him, but I think there are lines that you don't cross, and I think he crossed a line there."

Neither Trump nor any White House representatives have apologized for his comment, but Dingell said she is not interested in an apology.

"What I do want is people to take a deep breath and think, going forward, that their words have consequences, that they can hurt, and how do we bring more civility back to our political environment," she said.

Immediately prior to his crack about the late congressman, Trump said that Mrs. Dingell had called him to thank him for honoring her husband. Sunday, she noted that she was not the one who made the call but acknowledged her gratitude.

"He called me to tell me he was lowering the flags, and to this day, to this minute, I'm grateful that he did it," she said. "I was grateful for the call, he was kind and empathetic, and it meant a lot to somebody who was hurting and loved her husband."

Dingell then read words her husband wrote after the death of President George H.W. Bush, which were in line with her message.

"We both shared deep concern about the hateful taunts, the despicable actions and language that plague our political culture," she quoted.

"He was worried about this country," she said. "And he wanted us to know that we all have responsibility for it."

Dingell ended the segment on a positive note, expressing a desire to spread goodness.

"I would like to tell the president and everybody else to just be a little kinder," she said, noting that "random acts of kindness can make somebody's day a whole lot better."