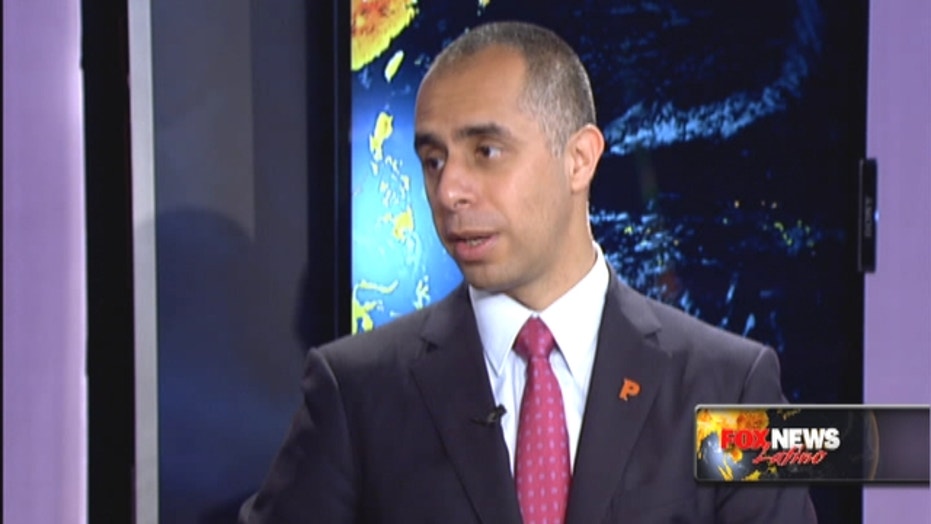 To whomever will listen, Jorge Elorza has this to say about Latino voters — their support must be earned.

He is the second Latino mayor in the history of Providence, R.I., where Latinos make up some 40 percent of the population, and where they are the majority of some parts of the city.

But Elorza, who is 38 and the son of Guatemalan immigrants, had to court them hard, even when he was the sole Latino running.

“You don’t take the Latino vote for granted,” Elorza said in an interview with Fox News Latino.

“The days when people would vote for you because you were Latino — those days have long since passed. We have a very savvy, very intelligent, very informed political class among Latinos.”

Elorza won 53 percent of the vote. It was his first time running for elected office.

He ran against Vincent “Buddy” Cianci — a controversial but, in some areas in Providence, still-popular former mayor who wanted his job back, despite having been convicted of racketeering and having been sentenced to five years in jail.

And there was also a third candidate who tended to trail in the polls behind Elorza and Cianci, Republican Daniel Harrop.

Elorza, who was sworn into office in January, spent a considerable amount of his time and effort and resources on the South Side of Providence, where Latinos are a majority.

He spent time talking to residents in the Latino neighborhoods, where he was less known than Cianci, who many there remembered fondly from his bygone mayor days for his support of their small businesses and frequent visits to the community.

“Many of the old-guard Latinos reside there and remember the funny man with the toupee who showed up to every quinceañera, wedding, funeral and Little League game,” said Pablo Rodriguez, a talk show host on Latino Public Radio, to WPRI.com. “Everyone older than 25 has a story, a picture, or both, of Mayor Cianci.”

Elorza also worked hard to get the support of the leaders in the community, including some who had endorsed an opponent of his in the Democratic primary. Indeed, as an example of how Latinos in Providence were not going to dutifully support a Latino candidate, the South Side gave most of its vote to Michael Solomon, a Lebanese-American.

Elorza won the primary citywide, however, because he got strong support from the East Side, a mostly white, more affluent section of the city.

Elorza, a Harvard Law School graduate and former Housing Court judge, said the key to getting the support of Latinos, and indeed voters in general, is to be present, not just parachute in. He said he set out to educate himself about the issues that were most salient on the South Side.

“They were concerned about property taxes…the education in our schools, violence on the streets,” he said. “I spent a lot of time in the neighborhoods, knocking on doors. I was having those conversations so that I could understand the community.”

“I’m from Providence, born and raised,” he said. “I can unify with them, and they can identify with me…I went out to earn the Latino vote…It’s about persistence…You can’t just show up one day, and give a good speech, and not come back and expect to have their support.”

Elorza has gotten relatively positive feedback on his first six months in office.

Among his primary goals are pressing for banks to stop neglecting foreclosure properties in minority neighborhoods, which hurts the values of homes and businesses in those communities.

He also has put together a task force of millennials to come up with recommendations for him about how to keep the city’s college graduates in Providence.

“Rhode Island, as a whole, we have the largest number of college graduates each year, per capita, of any state in the country,” Elorza said. “So we have many talented young people.”

“But unfortunately, we have a brain drain in Rhode Island,” he added. “We lose our graduates.”

Elorza’s plans include connecting recent graduates with businesses and community organizations in Providence so that they feel more invested in the city.