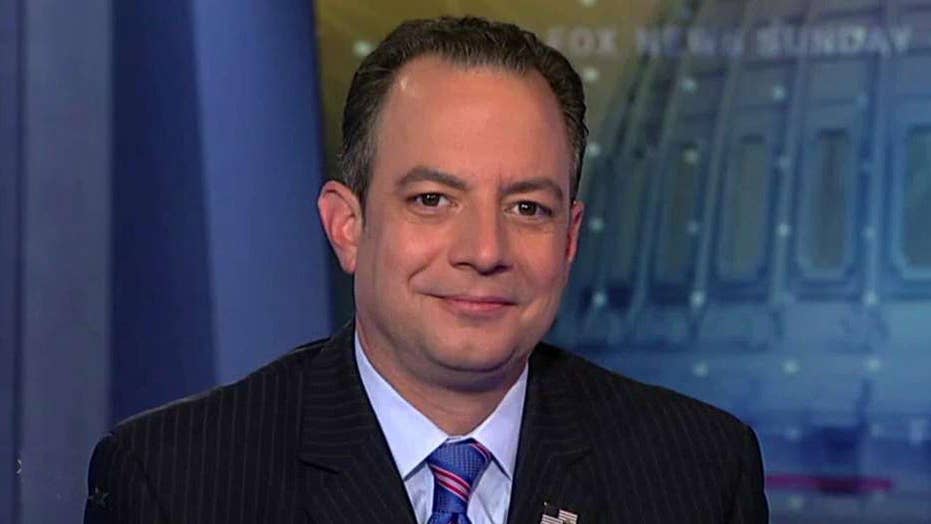 Reince Priebus on war of words with White House over Russia

“I think he accepts the finding,” Priebus said. “He’s not denying entities in Russia are behind these particular hackings.”

But Priebus also cast a lot of blame on Democrats for allowing sensitive emails to be hacked, which hurt the campaign of their presidential nominee, Hillary Clinton.

Still, Priebus argued that the FBI warned the Democratic National Committee about the email hackings.

"We have a DNC as a sitting duck. ... It matters,” he said. “They lacked defenses. They lacked training. They allowed foreign governments into their system.”

Trump has been skeptical since his November victory over Clinton about U.S. intelligence reports, saying the findings are inconclusive and are an attempt to delegitimize his victory.

The declassified intelligence report released Friday also stated that Moscow had a "clear preference" for Trump in the White House race.

Priebus also said that Russia and China have tried to influence elections outside their borders for “many, many years” and that Trump “may very well” take action against Russia, amid publicly saying he wants to improve relations with Moscow.