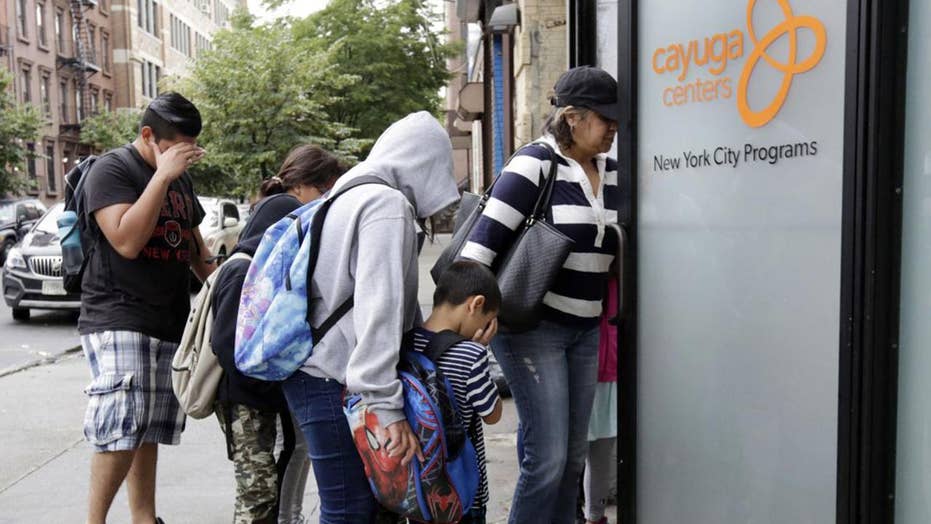 Over 200 immigrant children separated from families in NYC

The federal government missed Tuesday’s court-imposed deadline to reunify all 102 children under the age of 5 separated from their parents. As of Tuesday morning, only four children had been reunited with their parents. In court, U.S. District Judge Dana Sabraw, who imposed the July 10 deadline, told the government they needed to reunite 59 others by the end of the day.

In Grand Rapids, Mich., two Honduran fathers were reunited with their two young boys and a girl at an immigration detention center. The fathers have been released with ankle monitors pending their immigration court case.

Immigration and Customs Enforcement said it taking longer to detain parents under the Trump administration’s zero-tolerance policy because there is simply not enough room for them in its detention facilities. In El Paso, Texas, three fathers were reunited with their children under 5 at the Annunciation House.

But as some parents are seeing their children for the first time in nearly weeks, others are still waiting.

On Wednesday afternoon, Stormy Daniels’ lawyer Michael Avenatti spoke in front of the Cayuga Family Center in New York City. More than 200 separated children are being taken care of during the day at the center while at night they go home to foster parents. Avenatti is representing a Honduran man who is being held in detention in Texas but whose two daughters are being held at the Cayuga Center in Harlem.

“This cruel and unusual president, let us be clear, would not be in power and would not be kidnapping children had he not convinced many people that look like me – many white males across the country – that their continued success depended on stripping the dignity of women, Muslims, immigrants and people that don’t look like me,” Avenatti said. 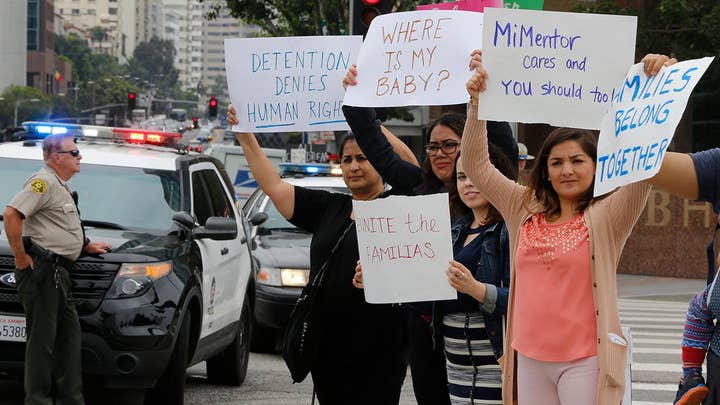 The Department of Justice said of the 102 separated children, 27 of them cannot be reunited because their parents either have a criminal record, they have been proven not to be the parents, or have been deemed unfit.

Further complicating matters, 12 parents have been deported back to their countries without their children.

"So, sometimes it takes a little bit of time to find the parents, especially if they have already been deported, we need to communicate with them,” said Pamela Florian, an attorney for the Florence Project. “Some of them live in rural areas. It is difficult finding them sometimes, so we need to track them down. We need to talk to multiple family members and that can take some time.”

At Cayuga, Yeni Gonzalez-Garcia has three children inside, two boys and a girl. She has been separated from them for more than 53 days. Her children were taken away from her while she was in detention in Arizona. A crowdsourcing fundraiser got her out of detention on $7,500 bail and now she is waiting in New York for her kids to be released to her.

She has petitioned to have custody of her children, but her lawyer fears the process could drag out.

“It took me five weeks just to sit down with my clients, who are ages 11, 9 and 6. Five weeks just to sit down with them. To go through all that red tape,” Jose Xavier Orochena, a lawyer who represents at least 17 parents trying to reunite with their children. “I’m their lawyer… I've had clients who have been accused of murders, violent crimes and I get to see them instantly.”

During Tuesday’s court hearing, Sabraw said the government is taking too long to vet every single one of the separated parents. He ordered the government to streamline the process, saying it was unnecessary to do DNA testing and extensive vetting on every parent. This type of excessive vetting, he said, should only be done if there is a reasonable doubt that the adult is not the parent or if they have a criminal record.

According to the Department of Justice, so far eight parents have been denied reunions because of their criminal record.

The deadline to reunify nearly 3,000 separated children ages 5 or older is July 26. There is not a lot of confidence among family activists that the government will meet that deadline, given the struggles to reunite the first 102.

On Wednesday, lawyers for two immigrant children – a 14-year-old girl from El Salvador and a 9-year-old boy from Honduras – will seek a court order to have them reunited with their families. A rally is scheduled outside the courthouse.

“We are becoming regimes that we revile,” Ravi Ragbir, an influential immigration activist, said about the United States in front of the Cayuga Family Center.

“They have reunited some, but they have not reunited all.”