Aides say the President received updates on races from his staff, but didn't sit in front of the television watching the election returns himself. A spokesman said he planned to voice his thoughts on the results in a news conference Wednesday afternoon. Deputy Press Secretary Bill Burton said "today we get a message from the American people, tomorrow the President will respond to that." That's when he'll address his next two years, dealing with a Republican controlled House and an increase in the number of Republican Governors, though probably still a Democrat controlled Senate.

Even tomorrow aides make clear we shouldn't expect the President to say where he's willing to compromise with Republicans, though reporters will surely ask. Instead he has signaled his message to the newly empowered Republicans will be that they are now compelled to offer ideas for creating jobs and cutting the deficit, among other things. And that Republicans must now live with America's verdict on their ideas.

White House officials concede voter concerns about the economy and the budget deficit, but polls don't suggest a particular way to deal with them. The public is evenly split over extending all the Bush administration's tax cuts or just those for families making less than 250 thousand dollars a year. There is a similar divide over whether the next Congress should focus on cutting the budget deficit or spending government money to create jobs.

Burton told Fox News Radio Tuesday, "..the President doesn't think anyone has a monopoly on good ideas and he's going to continue to work with people of both parties to make sure we are moving this country in the right direction." At the same time Burton said Mr. Obama was "frustrated by the lack of cooperation he's gotten from the other side." And he added, "When you hear things like (Senate Minority Leader ) Mitch McConnell say that his number one job for these next two years is to make President Obama a one term president, you wonder if there is a commitment on the other side to bi-partisanship."

Mr. Obama spent much of the day trying to get out the vote, calling a couple of urban radio stations late in the afternoon, and his political group, organizing for America, was tweeting well into the evening that voters in Western states still had a chance to make a difference. Their focus was three critical senate races in Nevada, California and Washington state, where the President did last minute campaigning. Early Democratic Senate victories in Connecticut and West Virginia left Republicans needing to win all three Western states to win control of the body, and the California race was called for Democrat Barbara Boxer shortly after the polls closed.

The President will meet with senior advisors after tomorrow's news conference, but his main focus over the next couple of weeks will be foreign policy, not political strategy. He leaves Friday for the longest foreign trip of his presidency, with stops in India, Indonesia, South Korea and Japan. Aides say the economy is the focus of the trip, including an effort to increase US exports to India, a country with more than a billion potential consumers and an economy that is growing at 8% a year.

In addition, aides hope to wrap up work on a free trade agreement with South Korea that Mr. Obama and South Korean President Lee Myung Bak can sign when they meet in Seoul. And there is hope the G20 summit will lead to a commitment by China to reduce its trade surplus. The House has already passed a bill to impose sanctions on China for keeping the value of its currency artificially low, to increase its exports. The measure passed with 99 Republican votes, though its prospects are uncertain in the Senate. 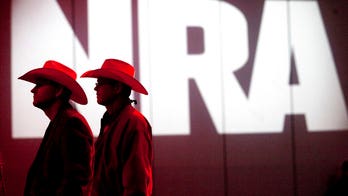