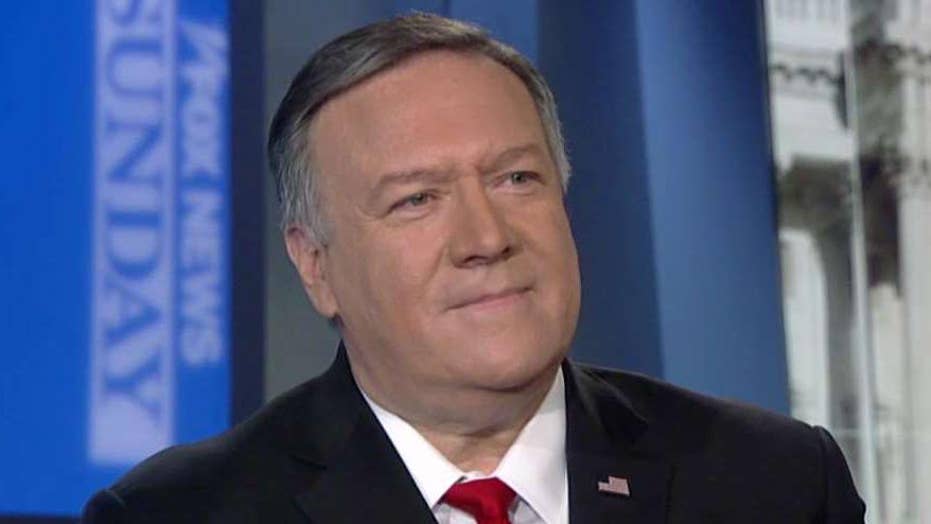 Secretary of State Pompeo on what happens next after Soleimani's death

Secretary of State Mike Pompeo joins 'Fox News Sunday' to discuss the current state of U.S. relations with Iran after the death of Gen. Qassem Soleimani.

Secretary of State Mike Pompeo defended the American airstrike in Baghdad that killed Iranian Gen. Qassem Soleimani, the head of the Islamic Revolutionary Guard Corps' elite Quds Force, against criticism from Democrats, while backing up President Trump’s threat that more action would come if Iran retailiates against the U.S.

In an appearance on "Fox News Sunday," Pompeo insisted that Soleimani posed a threat to the U.S., and that if critics of the strike knew what he knew, they would understand.

"I think any reasonable person who saw the intelligence that the senior American leaders had in their possession would have come to the same conclusion that President Trump and our leadership team did about the fact that there would have been more risk to America, more risk through inaction than there was through the action that we took.”

Pompeo would not go into specifics, noting "there are things we simply cannot make public," but he agreed with Gen. Mark Milley's assessment of the situation, saying that “we would have been culpably negligent had we not gone after General Soleimani when we had the opportunity.”

Democrats criticized Trump for ordering the strike that killed Soleimani without congressional approval and claimed that while the Iranian general may have deserved his fate, it was not a wise strategic move at this point in time.

"American leaders’ highest priority is to protect American lives and interests. But we cannot put the lives of American servicemembers, diplomats and others further at risk by engaging in provocative and disproportionate actions," House Speaker Nancy Pelosi said in a statement following the strike.

Soleimani’s death followed a series of incidents in Iraq, including the siege of the U.S. Embassy in Baghdad, which Trump and other U.S. officials linked to Iran, which has denied responsibility. The embassy attack was purportedly in response to deadly U.S. airstrikes which targeted the Kataib Hezbollah militia and killed 25 fighters. Those strikes had been in response to a rocket attack on an Iraqi Army base that killed a U.S. contractor and injured several American troops.

"We don’t go around killing all the bad people in the world," Sen. Chris Van Hollen, D-Md., told "Fox News Sunday" in an interview that aired later in the program, citing Trump's own diplomatic approach to North Korean leader Kim Jong Un. 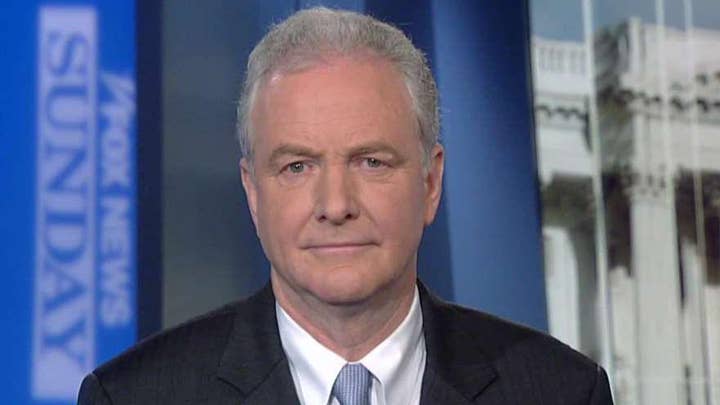 “Let this serve as a WARNING that if Iran strikes any Americans, or American assets, we have targeted 52 Iranian sites (representing the 52 American hostages taken by Iran many years ago), some at a very high level & important to Iran & the Iranian culture, and those targets, and Iran itself, WILL BE HIT VERY FAST AND VERY HARD," Trump tweeted, explicitly laying out that the U.S. will act if Iran retaliates.

U.S. defense officials have told Fox News that 3,000 more American troops will be deploying to the Middle East. This, despite President Trump's past criticism of "endless wars" in the region.

Pompeo insisted that the U.S. still plans to reduce its presence in the Middle East in the long term, but must take action at the present time.

"Endless wars are the direct result of weakness, and President Trump will never let that happen," Pompeo said, promising that "we're going to get it right." He blamed the necessity for current actions on the failures of the Obama administration.

"But make no mistake, America's mission is to have our footprint in the Middle East reduced while still keeping Americans safe. Safe from rogue regimes like the Islamic Republic of Iran and from terrorist activity broadly throughout the region."