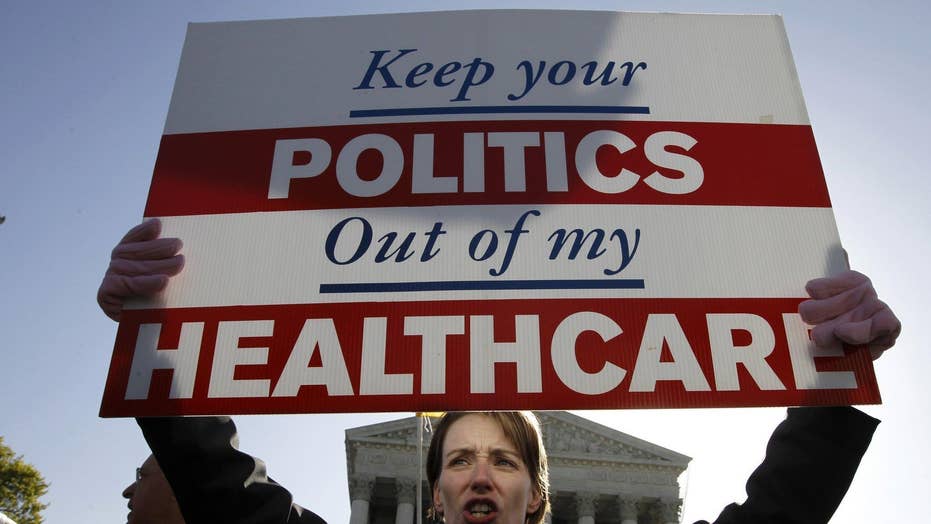 Only about 1 in 4 people in the United States wants President-elect Donald Trump to entirely repeal his predecessor's health care law that extended coverage to millions, according to a poll.

Kaiser CEO Drew Altman said the foundation's polling experts aren't quite sure what to make of that finding. The organization is a clearinghouse for information and analysis about the health care system.

It could be that some Republicans "got a protest vote off their chests, and they're done with that," Altman said. "They now have a more moderate position."

Trump called the Affordable Care Act a "disaster" during an election campaign that saw big premium increases announced in its closing days. After the vote, Trump has been saying he'd like to keep parts of the law.

With open enrollment underway, no changes are expected next year for the more than 10 million people currently covered through HealthCare.gov and state markets that offer subsidized private insurance. An additional estimated 9 million low-income people covered by Medicaid in states that expanded the program are also safe for now.

HealthCare.gov sign-ups are running a little higher than last year — 2.1 million through last Saturday, as compared with about 2 million. But the share of new customers is down, 24 percent this year versus 35 percent last year at about the same time. The markets need an influx of younger, healthier consumers to help keep premiums in check.

On Capitol Hill, Republican leaders want to quickly repeal the law before an interlude and segue to a replacement. That approach carries political risk because the replacement legislation could bog down and there's no guarantee of success. The uncertainty could disrupt coverage for millions by destabilizing fragile insurance markets.

The poll found some skepticism about that approach. Forty-two percent of those who want the 2010 law repealed said lawmakers should wait until they figure out the details of a replacement plan before doing so.

Among Trump voters, 8 in 10 viewed the health care law unfavorably, and half wanted it entirely repealed.

As Republicans start to make changes in health care, potentially revamping Medicare and Medicaid as well, the politics of the issue could turn against them, Altman said. "They are going to go from casting stones to owning the problem," he said.

The poll found majorities across party lines support many of the health care law's provisions, but not its requirement that individuals have coverage or risk fines, and its mandate that medium-to-large employers pay fines if they don't offer health insurance.

Among the provisions with support across party lines:

—allowing young adults to stay on a parent's insurance until age 26.

—no copayments for many preventive services.

—financial help for low- and moderate-income people to pay their insurance premiums.

—barring insurance companies from denying coverage because of a person's medical history.