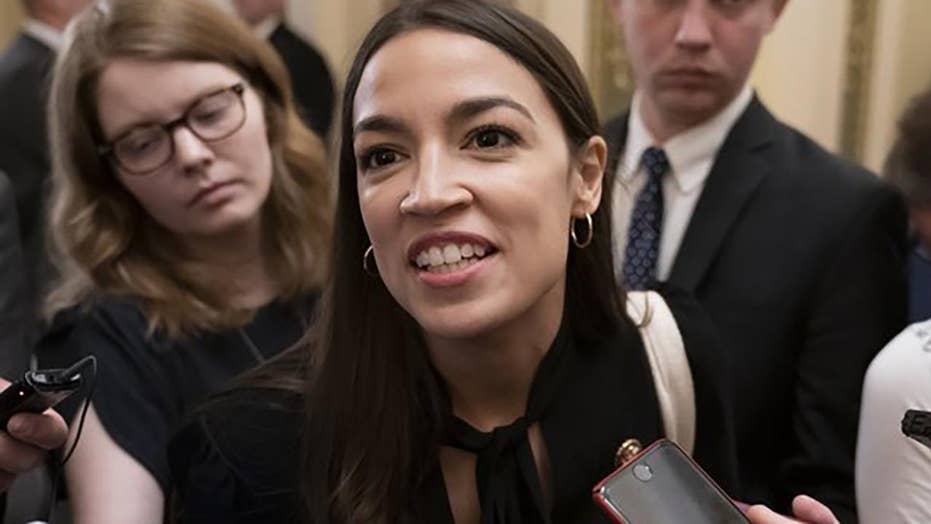 Rep. Alexandria Ocasio-Cortez doubles down on eliminating the Department of Homeland Security

National security expert Matt Pinsker explains exactly what the Department of Homeland Security does and why our country needs it.

The editor of the fact-checking website PolitiFact on Tuesday told Fox News she was standing by an article supposedly debunking claims that Alexandria Ocasio-Cortez had posed for a photo-op crying outside an "empty parking lot" last year, despite online mockery.

Previously unpublished pictures of Ocasio-Cortez in tears near a border detention facility in Tornillo, Texas came to light earlier this year when a photographer, Ivan Pierre Aguirre, posted them on his Twitter account. Observers quickly noted that Aguirre only posted photos of Ocasio-Cortez crying, without clearly showing what she was looking at -- and, after other photographs came to light, it appeared there wasn't much in front of her.

PolitiFact on Tuesday announced that it was unequivocally "false," however, to claim the freshman lawmaker was crying in front of an "empty parking lot."

In reality, PolitiFact found after speaking to Aguirre and reviewing photographic data, the freshman Democrat was not in front of a "parking lot" -- but rather a mostly empty "road leading to the camp." A handful of vehicles were parked on the road.

(Lisa Krantz, another photographer questioned by PolitiFact, said she "remembers a small parking lot that was near the toll plaza that wasn’t fenced in, but many people parked under the toll plaza shelter for shade or alongside the road that led to the toll plaza.")

"Critics pounced" on Ocasio-Cortez's apparent photo-op, PolitiFact maintained, even though Ocasio-Cortez "was just beyond the toll plaza for the Tornillo facility, and ... standing on a road that led to the Tornillo tent complex, which was in the line of her gaze, as she stood at the fence."

The fact-check, titled "No, this isn’t a photo of Alexandria Ocasio Cortez crying over a parking lot," was written by Ciara O'Rourke and Duke University student Stefanie Pousoulides. It was reviewed by several editors, Fox News is told.

Their approach didn't pass muster among commentators Tuesday, who said the site had missed the point intentionally, for the sake of issuing a "false" rating that would help bury stories unfavorable to Ocasio-Cortez about the episode.

Wrote humorist Frank Fleming: "'Ha! AOC was crying over a parking lot!'" POLITIFACT: 'False, haters, we checked a satellite image and it was an empty road.' I might be paraphrasing @jamestaranto, but fact checks are like editorials but dumber."

Alex VanNess posted another photo -- not published in PolitiFact's article -- showing Ocasio-Cortez staring at what appeared to be a mostly empty road, with a facility far off into the distance.

Another user captioned one of Ocasio-Cortez's photos with a riff on a Nathan Felder joke, in which the comedian poses smiling and insists his friends are nearby: "Out on the town having the time of my life with a bunch of friends. They're all just out of frame, laughing too."

Angie Drobnic Holan, the editor of PolitiFact, told Fox News she was not concerned that the blowback would impair PolitiFact's appearance of impartiality. It's one of several fact-checking sites used by Facebook to check social media posts before users can view them.

"We work hard to present accurate, authoritative information to readers of all political opinions and viewpoints," Holan said. "Readers may sometimes disagree with a specific rating or report, but they gain knowledge from the report itself, and they understand that over the long term our mission is guided by editorial independence."

Pressed as to why the fact-checking effort focused on the precise nature of the empty area in front of Ocasio-Cortez, rather than whether her photo-op was staged, Holan said the piece presented important new information.

"Our fact-check does not describe the protest scene merely as 'an empty road,' Holan said. "Rather, the road is part of a larger site that our fact-check fully documents and explains. We include both detailed description and photographic documentation of the site, which the original posts did not. We stand by our fact-check and consider it part of the important work we do debunking misinformation on the Internet." 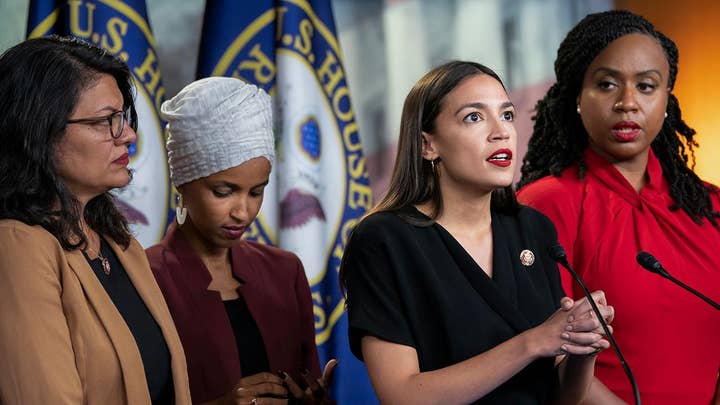 Holan asserted PolitiFact is "nonpartisan" and does not "take policy positions, so we never publish fact-checks to advance political points."

Part of PolitiFact's editorial process, available online, states that reporters and editors should consider these questions: "Is there another way to read the statement? Is the statement open to interpretation?" Three editors vote on a final rating, according to the site.

"We selected the most inaccurate and noticeable part of the overall post to fact-check, which is our common practice," Holan said, when asked how the fact-checker chooses which statements should be reviewed.

In June, Ocasio-Cortez posted the photos. Her spokesperson later called claims that the photos were essentially fake "right-wing garbage."

The congresswoman said of the photos that she would "never forget this, because it was the moment I saw with my own eyes that the America I love was becoming a nation that steals refugee children from their parents,& caged them. More kids died after this. To date, no one has been held accountable. We need to save these kids.”

Republicans have long criticized supposedly neutral fact-checking websites for advancing what appear to be liberal narratives. Earlier this year, Ocasio-Cortez also had some harsh words for the supposed arbiters of truth, accusing them of “false equivalency” and “bias” toward her in their columns examining her statements.

Ocasio-Cortez was being called out by fact-checkers at a steady clip since her upset primary win last year over then-Rep. Joe Crowley, and then took aim at PolitiFact and The Washington Post fact-check unit for supposedly singling her out.

“Facts are facts, America. We should care about getting things right. Yet standards of who gets fact-checked, how often + why are unclear,” Ocasio-Cortez tweeted at the time. “This is where false equivalency + bias creeps in, allowing climate deniers to be put on par w/ scientists, for example.”