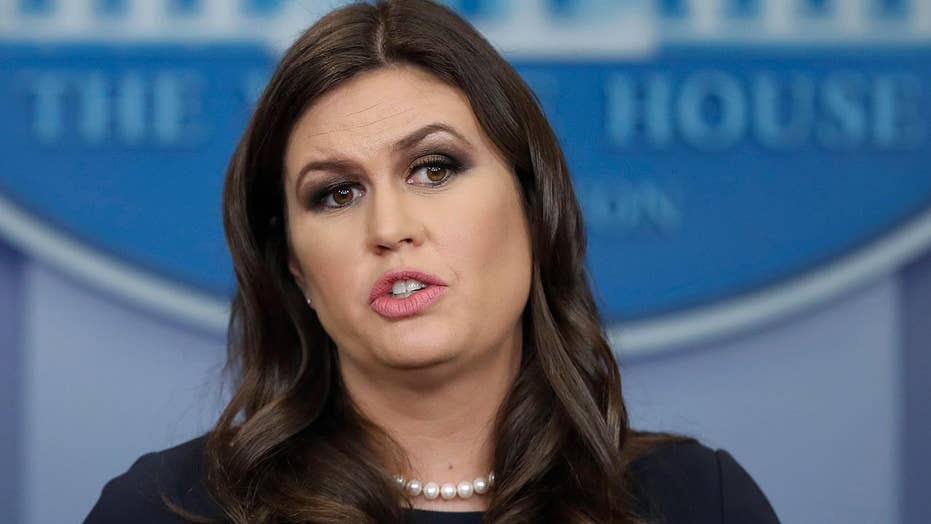 White House Press Secretary Sarah Sanders said Tuesday that a Democratic television ad showing minority children in Virginia being chased down the road by a man in a pickup truck with a Confederate flag and bumper sticker for a Republican candidate is “political racism.”

“Frankly, the only people I see stoking political racism right now are the people and the groups that are running ads like the one you saw take place in Virginia earlier this week,” Sanders said during Tuesday’s briefing. “That’s the type of thing that I think really is a problem.”

The pickup truck in the ad displays a “Gillespie for governor” bumper sticker and a "Don't tread on me" license plate as children attempt to outrun the driver. It’s in reference to the violence in Charlottesville this summer, where a white supremacist driver plowed into a crowd of counter protesters, killing one.

Sanders brought up the ad amid questions about White House chief of staff’s comments on Fox News’ "The Ingraham Angle" on Monday that “the lack of an ability to compromise led to the Civil War."

NBC reporter Hallie Jackson asked Sanders if the White House is willing to acknowledge Kelly’s comments were “deeply offensive to some folks.”

Sanders responded by slamming the media for pushing the narrative that they are a “racially charged and divided White House.”

“Because you don’t like history doesn’t mean that you mean you can erase it and pretend that it didn’t happen,” Sanders said. “And I think that’s the point that Gen. Kelly was trying to make it. And to try to create something and push a narrative that simply doesn’t exist is just frankly outrageous and absurd.”