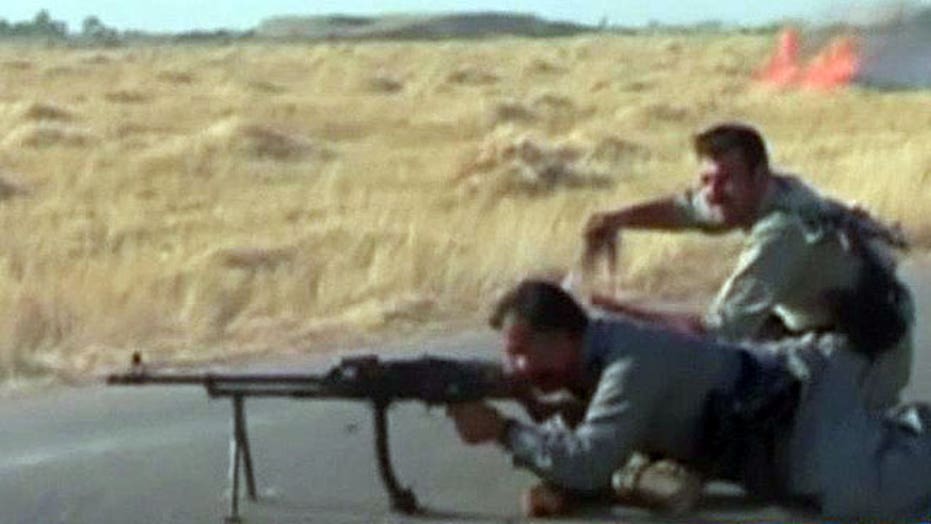 A secret plan to aid the Iraqi army in its fight against Al Qaeda-aligned Sunni Muslim militants was authorized by President Barack Obama late last year, but was handicapped by a lack of resources and mistrust over Iran's influence on the government of Iraq Prime Minister Nouri al-Maliki, according to a published report.

According to the Wall Street Journal, the White House initially devoted only a small group of specialists to the task of gathering intelligence on the Islamic State of Iraq and the Levant (ISIS). A senior U.S. official told the paper that the plan ""wasn't a priority and nobody thought it was a serious effort."

Manpower wasn't the only problem. According to current and former U.S. officials, so few aircraft were dedicated to the program that surveillance flights were typically only launched once a month. Furthermore, while U.S. intelligence officials would receive real-time drone feeds and intercepted ISIS communications, they would only give their Iraqi counterparts aerial photography images of the militant camps out of concern that more sensitive data would fall into the hands of Iran.

In recent weeks, ISIS insurgents has overrun large parts of northern and western Iraq, seizing the key cities of Mosul and Tikrit from Iraqi security forces that handily outnumbered them and laying siege to the Beiji oil refinery, the country's largest.

On Thursday, Obama announced that the U.S. would deploy up to 300 military advisers to Iraq and set up at least two joint operation centers. American F-18 planes have been flying surveillance missions from the USS George HW Bush, which has been stationed in the Persian Gulf.

White House and congressional officials told the Journal that the limited investment in the intelligence effort against ISIS was driven by overestimation of the capabilities of the Iraqi army. At the end of April, a group of special-operations personnel dispatched by the Pentagon to assess the Iraqi forces reported an alarming decline in leadership and standards. Sunni officers had been removed from their posts, equipment was not being maintained, and rigorous training was not longer being conducted.

Officials told the Journal that in the days and weeks between the assessment and the current ISIS offensive,  the number of surveillance flights had increased markedly. Other military and intelligence officials have defended the size of the program, arguing that more staff and drone flights would not have stopped thousands of Iraqi soldiers from fleeing hundreds of ISIS militants, as reportedly happened in cities across the country.

Former U.S. Ambassador to Iraq James Jeffrey told the paper that the U.S. wished to launch the intelligence effort to coincide with the withdrawal of American troops in 2011, but Maliki objected to the plan in 2012. A year later, Maliki's tune had changed. When he visited Washington in late November, he presented a "wish list" of military assistance, officials told the Journal. In response, Obama approved the intelligence-gathering and sharing plan.