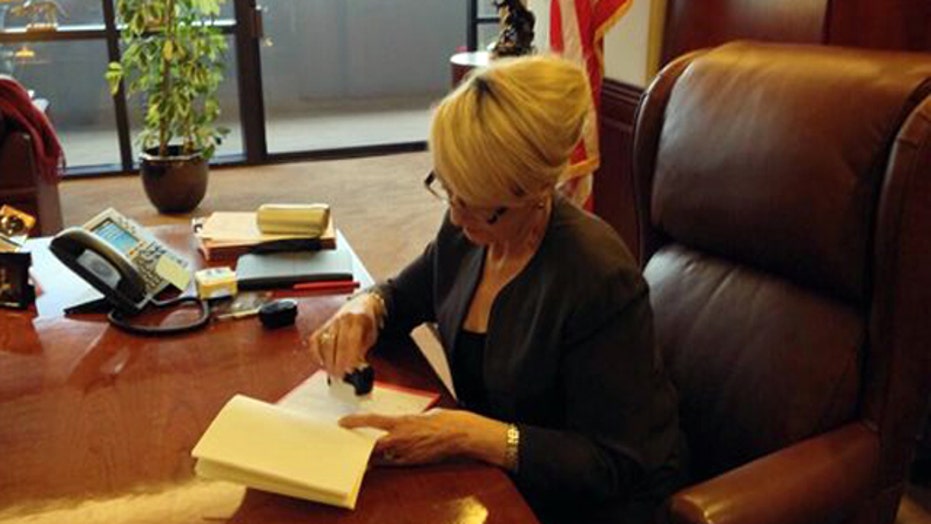 The president of the Family Research Council said Wednesday on “The Kelly File” that “all sorts of wild claims” led to Ariz. Gov. Jan Brewer’s decision earlier in the day to veto a controversial bill that would have allowed businesses the right to deny service to gays and others based on religious beliefs.

“Unfortunately, this is how fundamental freedoms are trampled,” Tony Perkins said. “You create a stampede by spooking politicians in public with misinformation.”

He said the law was vetoed despite 11 law professors from across the country sending a letter to Brewer saying the law was legal.

Perkins added that the law was needed in order to clarify the state’s legal position on what qualifies as religious objection in places of business.

“This is going to continue to be a major problem and it’s going to spread across the country,” he said. “Who’s going to protect the rights of Christians and religious people? That’s the question that has to be answered."