The Pentagon is batting down a report that said a U.S. military reconnaissance plane made an emergency landing during a military exercise in March after coming under electronic attack from North Korea.

An aide to South Korea's parliamentary defense committee told AFP that the GPS was jammed by a signal sent from two cities in North Korea during a joint exercise with South Korea called Key Resolve.

But senior military officials told Fox News that the reporting is bogus. They've been searching for records from March since the reports surfaced and they can't find anything that remotely suggests an incident like this happened.

The AFP, citing the aide, said a South Korean defense ministry report revealed that jamming signals sent at five to 10 minutes intervals on March 4 forced an emergency landing by the pilot 45 minutes after take-off.

Jammers transmit a low-power signal that creates signal noise and fools a GPS receiver into thinking the satellites are not available. In more mundane criminal acts, they can be used to confuse police and avoid toll charges. But some security experts have warned that it's only a matter of time before jamming devices can also be used to disrupt GPS reception on an airplane or in military operations.

In a FoxNews.com article published last year, the U.S. Air Force acknowledged the vulnerability of GPS systems to jamming devices.

Roake said jam resistance has been a key focus for military technology.

"It is an important part of what we've done with our GPS constellation, and we continually work to improve jam-resistant capability," Roake said without offering details of how those capabilities are developed.

According to South Korea's Yonhap news agency, the report to the parliamentary panel also found that North Korea has been developing jamming devices with a range of more than 60 miles. 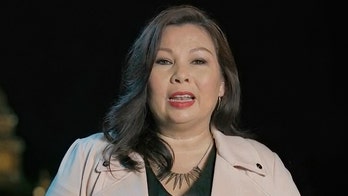