Vice President Mike Pence had reassuring words for the family of an American student who died after a 15-month imprisonment in North Korea.

Speaking Saturday about the coming North Korea summit at the Faith and Freedom Coalition “Road to Majority” Convention in Washington D.C., Pence said he had talked to Warmbier's dad on Saturday to relay a message that the president had offered up earlier this week.

“Today I assured his dad, as the president said two days ago, their beloved son, Otto Warmbier, will not have died in vain.”

OTTO WARMBIER’S PARENTS OPEN UP ABOUT SON’S TORTURE BY NORTH KOREA: ‘THEY ARE TERRORISTS’

Pence said that “the eyes of the world” are on Trump as he is just days away from a meeting with North Korean dictator Kim Jong Un.

The vice president commended Trump on his success thus far with North Korea, speaking of that country’s participation in the Winter Olympics, the suspension of all ballistic missile testing and, recently, the release of three American hostages. 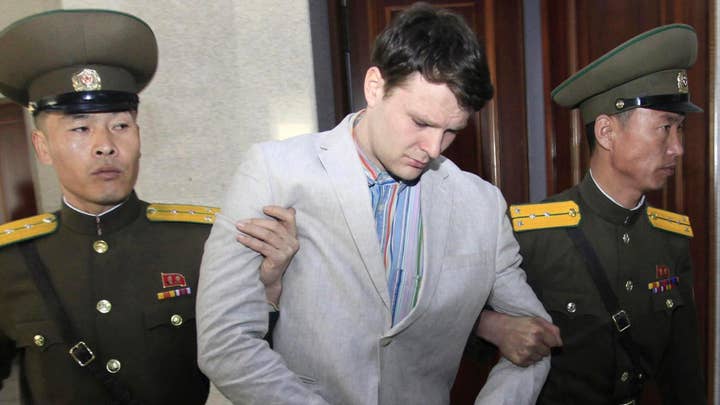 Denuclearization by North Korea will be at the fore in the summit discussions, as will the Hermit Kingdom's role in the global economy.

Pence said that Trump is approaching this meeting with great confidence, but that he is also going in with “open eyes.”

Pence finished his remarks by asking the American people for their support as Trump heads into groundbreaking territory.