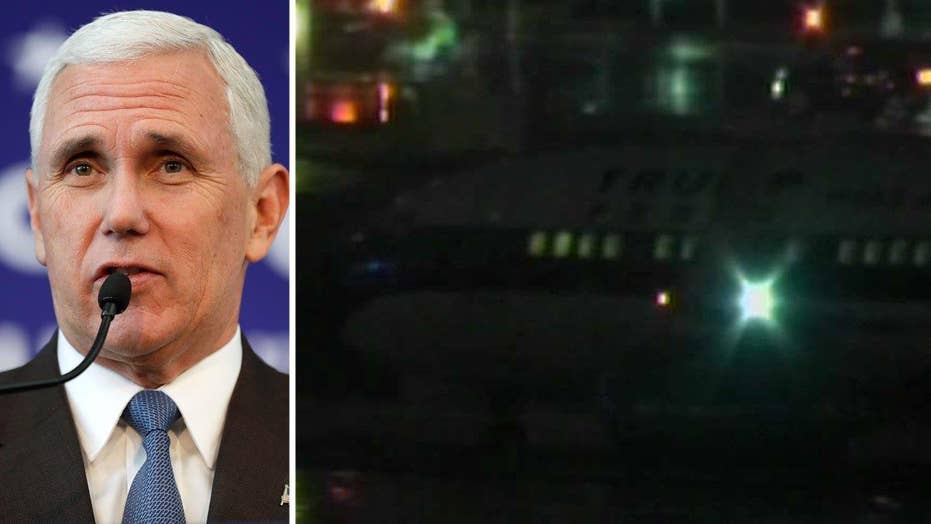 Fox News producer who was on the plane describes the event

Republican vice presidential candidate Mike Pence’s scary landing Thursday night is another example in a laundry list of problems that have taken place at LaGuardia Airport in New York City.

The aircraft, a Boeing 737, tore up two tracks of concrete on the runway before coming to rest on a patch of grass. The Federal Aviation Administration said in a statement, "A crushable concrete runway safety technology called an Engineered Material Arresting System stopped the plane."

Pence’s incident isn’t the first problem to have taken place at the Queens airport. On March 5, 2015, Delta Air Lines Flight 1086 skidded off Runway 13 at the airport, landing on a berm on the edge of the bay. About two dozen people were injured in that incident on the frigid day.

Two years earlier, landing gear on a Southwest Airlines plane collapsed on landing. The plane veered onto the grass in that incident, which injured 16 people.

The infamous “Miracle on the Hudson” in January 2009 happened after the U.S. Airways plane took off from LaGuardia. The jet made a water landing in the Hudson River after it had suffered dual engine loss. A flock of geese were sucked into the jet’s engines, which was determined to be the cause of the accident.

Two of the more tragic incidents in recent memory came within three years of each other.

In March 1992, USAir Flight 405 crashed into Flushing Bay just after taking off the LaGuardia. The accident killed 27 people. Icy wings and the failed process to de-ice planes was what caused the crash.

In September 1989, USAir Flight 5050 crashed while taking off, killing two passengers and injury 15 others. The plane had ran off the end of the runway and dove into Bowery Bay.

Thursday’s incident didn’t cause any injuries. There were roughly 40 passengers and crew on board. They were all evacuated through the back of the aircraft as a large amount of emergency personnel responded to the scene.