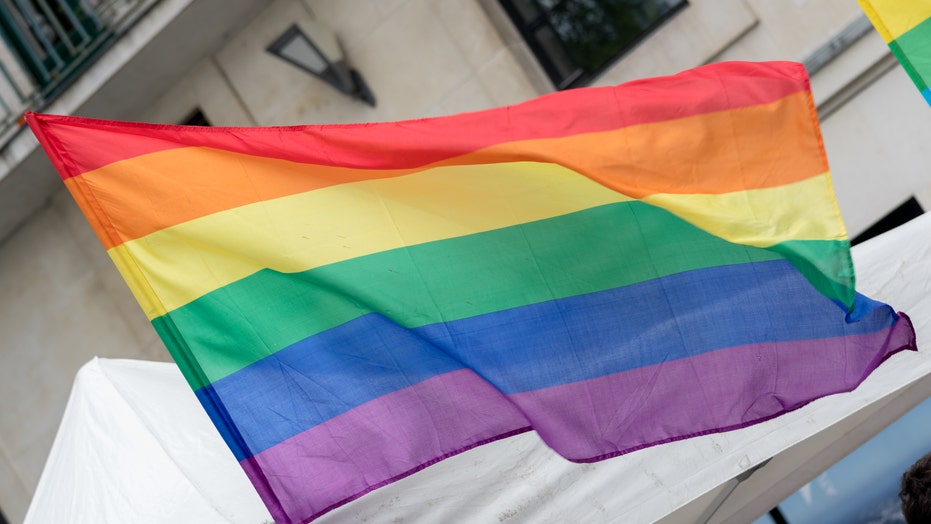 Vice President Mike Pence on Monday confirmed that the Trump administration denied requests from U.S. embassies around the world to display a rainbow flag to celebrate LGBTQ Pride Month.

"I'm aware that the State Department indicated that on the flag pole of our American embassies that one flag should fly, and that's the American flag, and I support that," Pence told NBC News in an interview released Monday.

Pence's remarks come days after the news outlet first reported that the Trump administration was rejecting requests from U.S. embassies to fly the flag outside — an apparent reversal from the Obama administration.

At least four U.S. embassies — in Israel, Germany, Brazil and Latvia — were reportedly denied permission to fly flags in support of the LGBTQ community.

Vice President Mike Pence called it the "right decision" not to flag Pride flags at U.S. embassies around the world during the month of June. (Getty)

The vice president said that he and President Trump are "proud to be able to serve every American, and we both feel that way very passionately."

"But when it comes to the American flag pole and American embassies around the world, having one American flag fly, I think is the right decision," Pence said. "We put no restrictions on displaying any other flags or any other displays at our embassies beyond that."

The Obama administration granted blanket approval to fly the flag on outside flagpoles, NBC News reported, but State Department policy is that embassies are expected to ask for permission from Washington.

Just before the start of Pride — which is celebrated throughout the month of June — Trump tweeted support for the LGBT community.

"As we celebrate LGBT Pride Month and recognize the outstanding contributions LGBT people have made to our great Nation, let us also stand in solidarity with the many LGBT people who live in dozens of countries worldwide that punish, imprison, or even execute individuals on the basis of their sexual orientation."

The president added: "My Administration has launched a global campaign to decriminalize homosexuality and invite all nations to join us in this effort!"

The German embassy, one of those that reportedly applied for permission to fly a Pride flag, is headed by Ambassador Richard Grenell, the most senior openly gay person in the Trump administration.