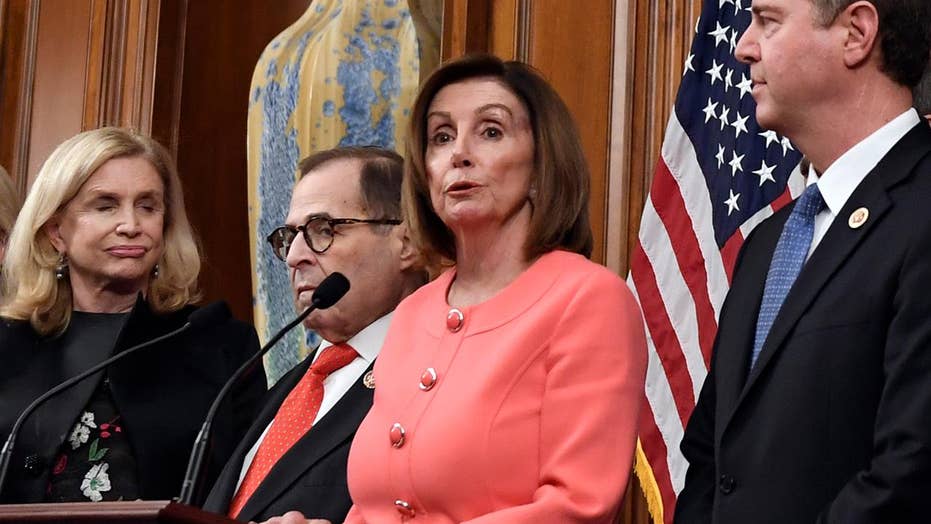 Pelosi: We are making progress for the American people, progress in support of our Costitution

Speaker Nancy Pelosi delivers remarks, signs articles of impeachment before sending them to the Senate.

House Speaker Nancy Pelosi, D-Calif., put her signature on the articles of impeachment brought against President Trump on Wednesday – setting up the trial that places the fate of Trump’s presidency in the hands of the Senate.

Pelosi, who signed the articles during an engrossment ceremony on Capitol Hill, criticized Trump’s actions, which she had jeopardized national security and violated his oath of office.

“So sad, so tragic for our country,” she said.

Pelosi added: “As we make history, we will be making progress for the American people. … Make it be very clear that this president will be held accountable and that no one is above the law.”

After Pelosi signed the articles of impeachment, she handed out the pens she used to the House managers and posed for photos with them.

Following the pomp and protocol of the engrossment ceremony, Clerk of the House Cheryl Johnson brought a note to the Senate floor notifying the upper chamber of Congress that Pelosi had signed the articles of impeachment and appointed the managers for the House. 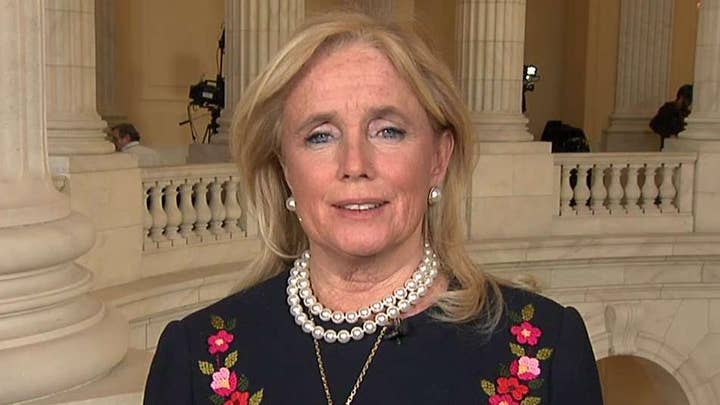 House Majority Leader Mitch McConnell, R-Ky., said that the Senate will meet with the House managers at noon on Thursday to officially receive the articles of impeachment.

Wednesday's mostly partly-line House vote to deliver the charges was 228-193, reflecting the deeply divided nation at the start of this presidential election year. It came one month after the House impeached Trump alleging he abused his presidential power by pressuring Ukraine to investigate Democratic rival Joe Biden, using military aid to the country as leverage. Trump was also charged with obstructing Congress’ ensuing probe. 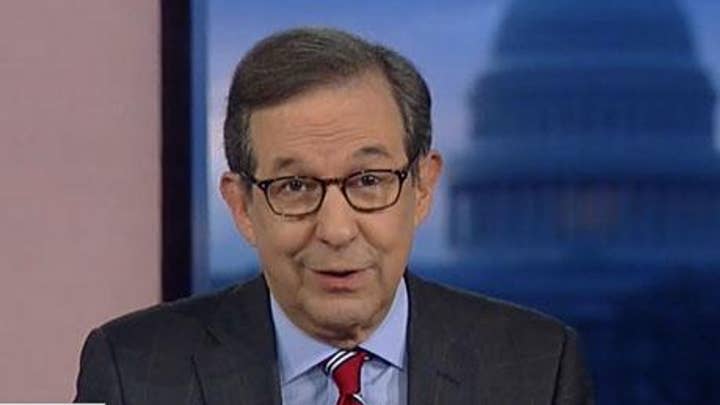 The Senate will transform itself into an impeachment court on Thursday. The Constitution calls on Chief Justice John Roberts to preside at the trial, administering the oath to senators who will serve as jurors and swear to deliver "impartial justice.'' Opening arguments are to begin next Tuesday after the Martin Luther King Jr. holiday.

The president's team expects acquittal, with a Senate trial lasting no more than two weeks, according to senior administration officials unauthorized to discuss the matter and granted anonymity. That's far shorter than the last presidential impeachment trial, of Bill Clinton, in 1999, or the first one, of Andrew Johnson, in 1868.

McConnell has said he prefers to model Trump's trial partly on the process used for Clinton's impeachment trial in 1999. It, too, contained motions for dismissal or calling new witnesses. 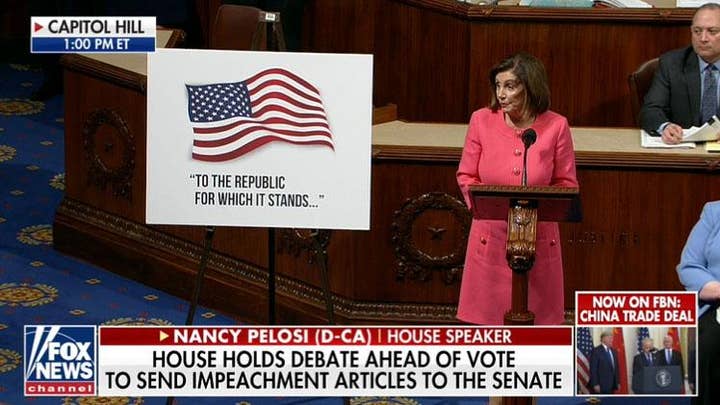 McConnell is hesitant to call new witnesses who would prolong the trial and put vulnerable senators who are up for reelection in 2020 in a bind with tough choices. At the same time, he wants to give those same senators ample room to show voters they are listening.