House Democratic Leader Nancy Pelosi on Friday touted a campaign to formally censure President Trump following his controversial response to the violence that resulted from a white supremacist rally in Charlottesville, Va.

“Every day, the president gives us further evidence of why such a censure is necessary,” Pelosi said in a written statement. “Democrats will use every avenue to challenge the repulsiveness of President Trump’s words and actions.”

“We’re at a very significant juncture here,” Coleman told The Washington Post. “We can either have peace, or we can have this president fuel and fan the fires of violence, and that is scary. He needs to be held accountable.” 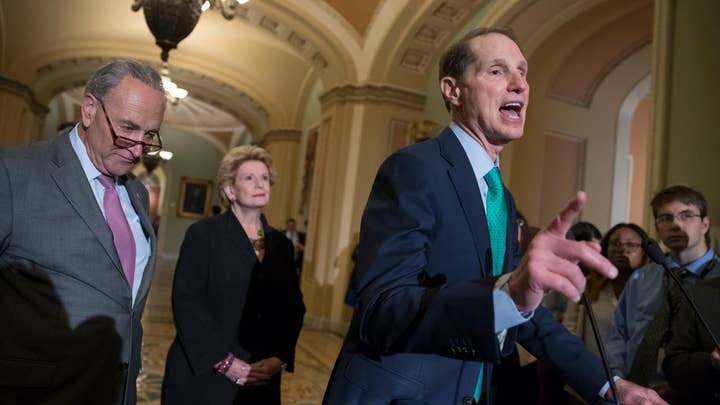 The resolution asks to censure Trump for his “inadequate response to the violence” and “failure to immediately and specifically name and condemn the white supremacist groups responsible for actions of domestic terrorism.”

It also takes issue with comments Trump made Tuesday from Trump Tower that some “very fine people” were among those who participated in the white-supremacist march that led to the death of a Charlottesville woman and injured 19 others.

Censure is a largely symbolic vote that doesn’t carry a lot of legal weight with it. It’s basically a strongly worded letter of disapproval that’s on the record.

“Indeed, with each passing day, it becomes clearer that the Republican Congress must declare whether it stands for our sacred American values or with the president who embraces white nationalism,” Pelosi said.

So far, the resolution has 79 co-sponsors. No Republicans have signed on.

The last time the House censured a president was in 1848. Lawmakers rebuked President James K. Polk for starting the Mexican-American War without congressional approval. The Senate voted to censure President Andrew Jackson in 1834 for trying to dismantle the Bank of the United States.