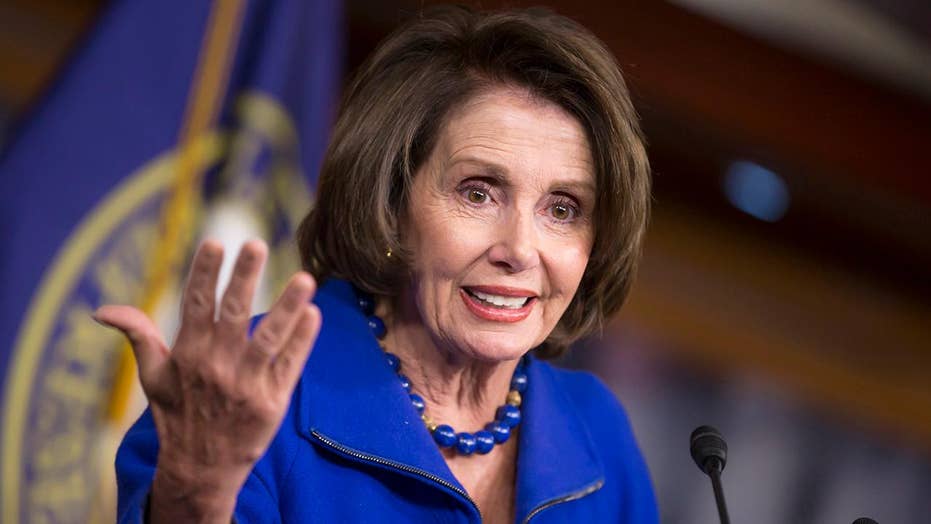 House Minority Leader Nancy Pelosi, in a recently published profile of President Trump, gave a stinging criticism of the president’s early months in office, suggesting his “lack of knowledge" for the job was tantamount to somebody without a medical degree “being asked to perform brain surgery.”

“The bigger problem, the thing people need to understand, is that he was utterly unprepared for this,” Pelosi, D-Calif., said in a New York Times story published this weekend about Trump’s daily routine. “It would be like you or me going into a room and being asked to perform brain surgery. When you have a lack of knowledge as great as his, it can be bewildering.”

Pelosi, who has had an on-and-off political relationship with Trump, also suggested that perhaps even Trump at first couldn’t reconcile how a first-time candidate upset a political veteran like Democrat Hillary Clinton to become president, but that he has since found some footing.

“At first, there was a thread of being an impostor that may have been in his mind,” she said. “He’s overcome that by now.”

After being at the front of Democrats' largely anti-Trump message during the 2016 elections that was largely unsuccessful for her party, Pelosi has met with Trump a couple of times to try to forge some bipartisan legislative deals.

She joined Senate Minority Leader Chuck Schumer, D-N.Y., in September to discuss several issues with Trump that concluded with an agreement to make sure that young illegal immigrants have some protections after Trump phased out the Obama-era Deferred Action for Childhood Arrivals.

Trump afterward crowed to congressional Republicans about his newfound “Chuck and Nancy” relationship, which hit the rocks last month over another scheduled meeting. Schumer and Pelosi pulled out of the meeting to discuss end-of-the-legislative issues after Trump attacked them on Twitter. But they eventually met last week on the issues.