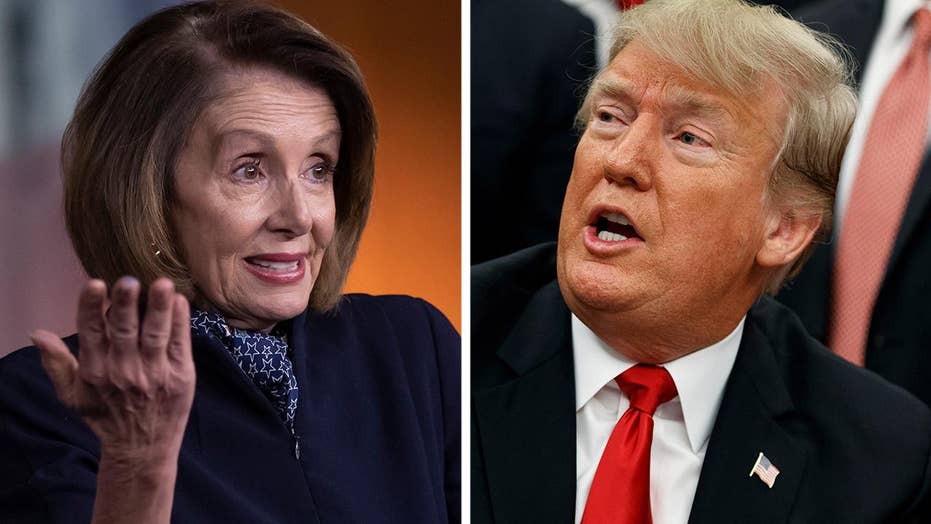 In an interview with NBC News’ “Today,” Pelosi was asked repeatedly whether she believed Mueller should “honor and observe” Justice Department guidance that keeps sitting presidents off limits from indictment.

“I do not think that that is conclusive, no I do not,” Pelosi, D-Calif., told NBC’s Savannah Guthrie.

Guthrie asked Pelosi whether it was possible Mueller, in his investigation into Russian meddling and potential collusion with Trump campaign associates during the 2016 presidential election, could recommend indicting Trump.

“Let’s just see what Mueller does. Let’s spend our time on getting results for the American people,” Pelosi said, as she prepares to lead the Democrats upon reclaiming the House majority Thursday afternoon.

Trump’s attorney, former New York City Mayor Rudy Giuliani, said in May that Mueller has assured the president’s legal team that he will follow the Justice Department guidance protecting a sitting president from indictment.

The policy was instated nearly two decades ago when the Clinton administration reviewed 1973 guidance that “the indictment and criminal prosecution of a sitting President would unduly interfere” with executive branch duties.

The House of Representatives, as it did during the Clinton administration, can bring misconduct charges against a president through the process of impeachment.

But then-Assistant Attorney General Randolph D. Moss, with the Office of Legal Counsel, determined in his October 2000 memo: “Our view remains that a sitting President is constitutionally immune from an indictment and criminal prosecution.”

An October 2000 memo stated that “the indictment or criminal prosecution of a sitting President would unconstitutionally undermine the capacity of the executive branch to perform its constitutionally assigned functions.”

But Pelosi was pressed repeatedly by Guthrie over whether she believed Mueller would deviate from Justice Department policy. She left the door open to what might happen with a sitting president, while making clear that a president does not enjoy such protections after leaving office.

“That is not the law. Everything indicates a president can be indicted after he is no longer president of the United States,” Pelosi explained.

Asked again whether a president currently in office could be indicted, Pelosi repeated: “Well, a sitting president, when he is no longer president of the United States.”

As for impeachment, Pelosi likewise left the door open.