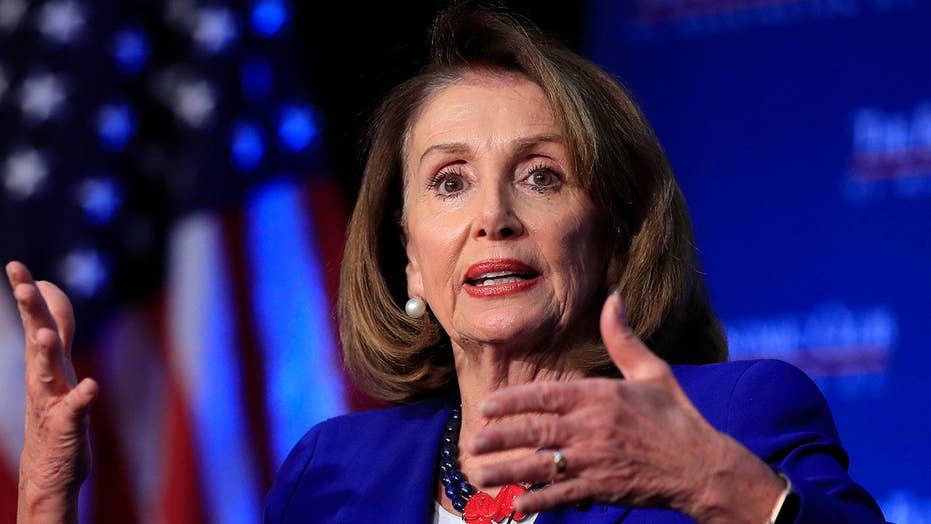 Nancy Pelosi pushes back on Democrats' push to impeach Trump

Pelosi has decided to revoke the honorary office that former House Speaker Paul Ryan, R-Wisc., gave Pence on the first floor of the Capitol back in 2017, Fox News has confirmed. The move was first reported by National Public Radio.

The vice president, who serves as the president of the U.S. Senate and has an office on that chamber's side, was given the House office shortly after President Trump’s inauguration in January 2017; it was a sign of goodwill between the House, then led by the GOP, and one of its former members. House Republicans did not give Pence's predecessor, Vice President Joe Biden, an office on that side of the Capitol.

The space is at the moment sitting empty.

"Room assignments are reviewed and changed at the beginning of every Congress," a House Democratic source told Fox News. "No previous Vice President had House-side space in the last 25 years."

The House speaker is the only member of Congress to have the power to assign coveted offices in the Capitol Building. Besides revoking Pence’s honorary office, Pelosi has doled out new office space for the White House legislative affairs team in the building.