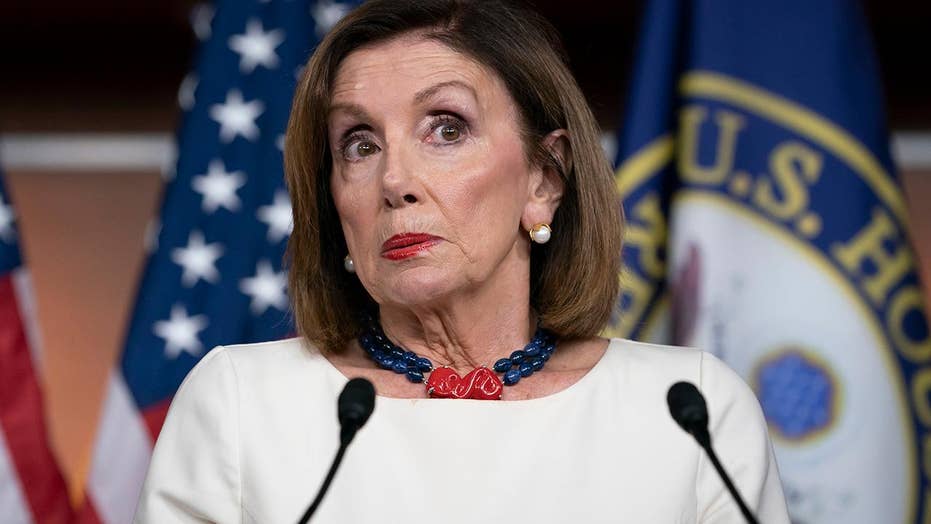 CAPITOL HILL – House Speaker Nancy Pelosi plays interdimensional chess. She must satisfy the demands of both liberal and conservative Democrats while taking on President Trump, anticipating political moves before they happen.

Queen to Rook 5. Knight to King 3. Maneuvering a knight deep into enemy territory, able to move in eight directions.

But, some lawmakers were taken aback at Pelosi’s move to fully back an impeachment inquiry.

“It is a colossal error,” Sen. John Cornyn, R-Texas, said of the push by House Democrats to impeach Trump. “I’m kind of surprised that Speaker Pelosi, as shrewd as she is, would let it get to this point.”

Did Pelosi, D-Calif., misstep? Fail to read the tea leaves? 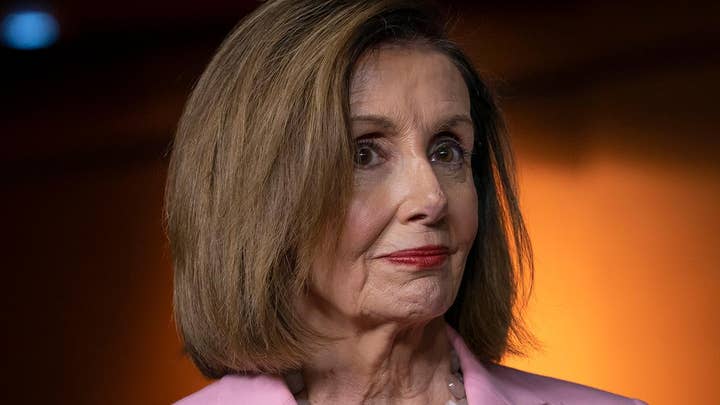 “We have to strike while the iron is hot,” she told a meeting of House Democrats last week.

Pelosi clearly was unwilling to move too precipitously or prejudge alleged transgressions by the president on a host of subjects for months. This came as liberals mounted a robust push to impeach Trump once Democrats secured control of the House in the 2018 midterms. But, it’s hard to believe Pelosi didn’t suspect where this may have gone. After all, she had not declared that impeachment was “off the table” like she did in 2006 with then-President George W. Bush.

If the House was going to impeach the president, Pelosi needed clarity, something succinct and comprehensible. All of the other “noise” about Trump’s conduct may have been reprehensible and beneath the dignity of the president in the eyes of the speaker, but sources familiar with her thinking said those potential misdeeds weren’t worthy of impeachment.

At a new conference this past May, Pelosi said the president “is almost self-impeaching.” There was a supposition that Pelosi suspected Trump – at least from her vantage point – may commit a misstep so egregious that impeachment would be inevitable. That’s why Pelosi never slammed the door to impeachment the way she did in 2006. Moreover, some people close to the speaker said she suspected House Democrats might come around to impeachment. 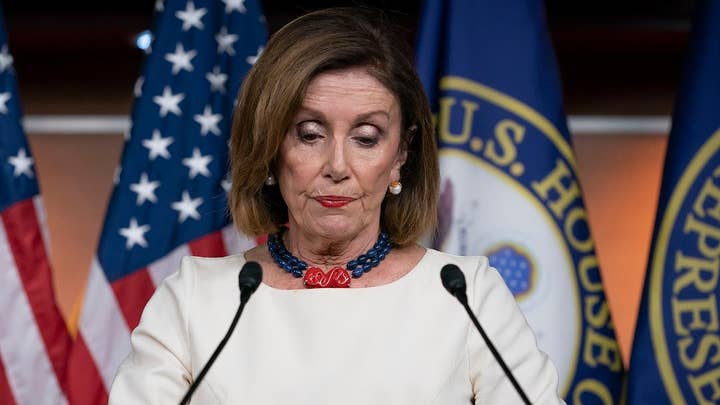 Typically, congressional leaders have held certain views which weren’t reflected by their rank-and-file members. Being a congressional leader means seeing around corners, anticipating where your own members may be, or subtly convincing those members to come around to your viewpoint, without them even realizing they’re been influenced. But, those close to Pelosi doubted she really wanted to impeach Trump. After all, this would hijack the Democrats’ message of health care, prescription drugs and background checks for guns.

It would have been toxic for Pelosi to push impeachment actively just a few months ago. More importantly, it would have been more perilous yet for Pelosi to put vulnerable, rank-and-file Democrats in an awkward position on impeachment. However, Pelosi clearly knew how her members could “educate” their constituents into supporting a given measure. She also knew that “events” sometimes would dictate outcomes.

So, Pelosi bided her time. Yes, impeachment could come with downfalls, but it was possible even moderate Democrats representing swing districts might eventually flip the impeachment switch.

The memo and the notes from the phone call on Ukraine provided that clarity to House Democrats and Pelosi.

“This movement was organic,” said one House Democrat about the sudden groundswell from some Democrats representing districts friendly to the president. “There was no collaboration.”

On the other hand, liberal Democrats already supported impeachment and were getting antsy for the leadership to do something. That posed a risk to Pelosi on the other side of the party spectrum. 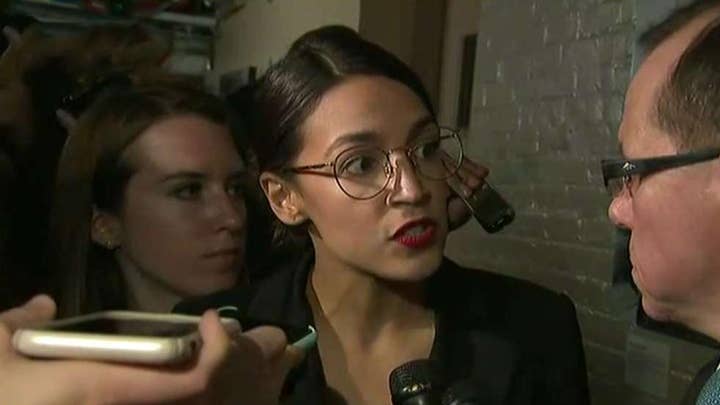 Rep. Alexandria Ocasio-Cortez, D-N.Y., sounded almost desperate about the state of play on impeachment as she walked down the Capitol steps a week-and-a-half-ago.

“We need to do the work,” Ocasio-Cortez said. “My worry is that if we allow [Trump] to get away with it... by not impeaching, we are saying it is okay for future presidents to do this.”

Pelosi knew she faced increasing pressure from liberals to move. And, sources close to the speaker told Fox News that Pelosi was concerned about not doing the right thing. There would be political consequences for not acting, too. But, Fox News was told the whistleblower complaint was all the speaker needed.

A team of freshman House Democrats who served in the intelligence community and military – and who transferred districts from red to blue – penned an op-ed in the Washington Post. They called for an impeachment inquiry.

Some analysts said the dam broke. The tide rose. They crossed the Rubicon. Whatever the metaphor, dozens of Democrats then joined the call for a formal impeachment inquiry or to actually impeach Trump.

It was clear to Pelosi that she had the support to move ahead. Her announcement simply reflected the view of her caucus, and not just because Democrats wanted to impeach Trump because they didn’t like him. Rather, Pelosi viewed potential efforts to interfere with the 2020 presidential election as a bridge too far. 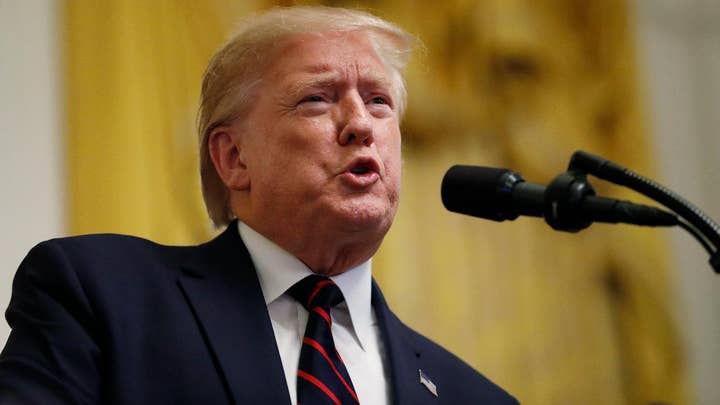 “I feel that I am being vindicated,” boasted Rep. Al Green, D-Texas, who has tried multiple times to impeach Trump on the floor. “This is being driven by history now. I don’t think that we have control. I think that events have taken control.”

Pelosi’s announcement buoyed Ocasio-Cortez. When asked if it took too long to launch the impeachment inquest, the New York Democrat replied, “at this point, it doesn’t matter. We’re moving forward with it now.”

Ocasio-Cortez added “that the party is now much more unified” over impeachment since it was no longer a fight between wings of the House Democrats.

BARR ASKED TRUMP TO SPEAK TO OTHER COUNTRIES IN DURHAM PROBE, OFFICIAL SAYS, AMID PUSHBACK TO NY TIMES REPORTING

But, not everyone was on board.

When asked if he backed the House’s new posture just minutes after Pelosi’s announcement, Rep. Kurt Schrader of Oregon, one of the most conservative Democrats in the House, replied: “I’m trying to figure that out. I don’t want the country torn apart.”

Van Drew said he did not “support impeachment,” but he would not call the impeachment movement “a mistake.”

Rep. Mikie Sherrill, D-N.J., also claimed what had been a GOP district in the Garden State for decades. She was one of the freshmen with national security bona fides who wrote the Washington Post op-ed favoring impeachment. President Trump narrowly carried her district in 2016.

“You know, it might,” replied Sherrill. “But, we really felt there was a line that had been crossed.”

Sherrill noted that the “Republicans I’ve spoken to in my district have been very supportive.” 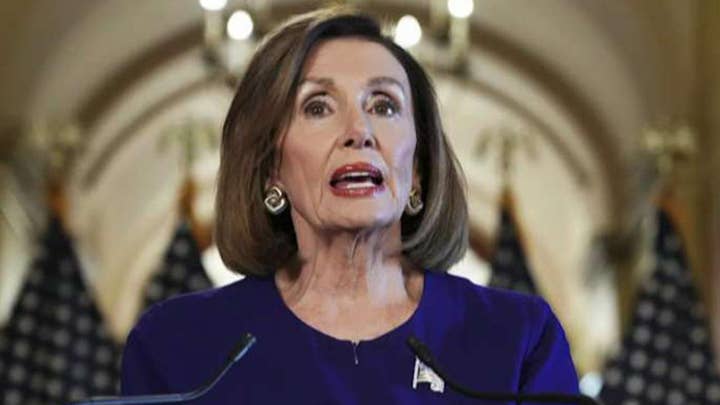 In a twist, Pelosi’s decision to move an impeachment probe could actually boost moderate Democrats including Schrader and Van Drew if they ultimately oppose impeachment. Pelosi’s maneuver would present them with a foil. Conservative Democrats could put distance between themselves, the speaker and progressives such as Green and Ocasio-Cortez. Those conservative Democrats could argue they opposed such an extreme tactic as impeachment – and maybe even vote against articles on the House floor.

This has been the interdimensional chess facing Pelosi in her caucus. Anyone who tells you where this is really going doesn’t truly know. It may, as Cornyn asserted, manifest itself as a “colossal error,” or it may be turn out to be quite an astute move. There are always risks for impeachment, but the first waters Pelosi had to successfully navigate were the dangerous shoals of her own caucus.