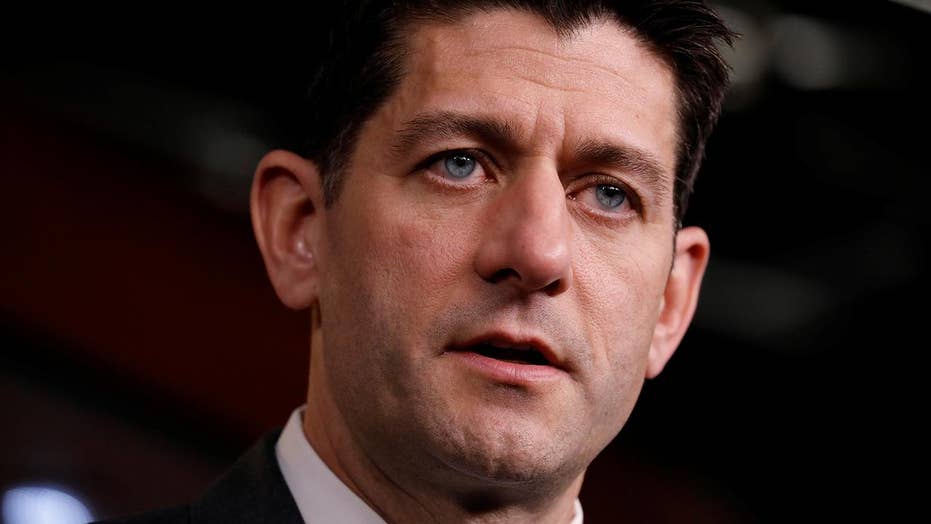 Peter Doocy has the latest developments from Capitol Hill.

The news that House Speaker Paul Ryan, R-Wis., isn't planning to run for re-election came as a surprise to some of his colleagues, while others commented that the departure was inevitable.

Ryan's future has been the source of speculation over the past year, as Republicans are concerned about maintaining their majority in the House of Representatives.

The 48-year-old has held the position of speaker since the retirement of former House Speaker John Boehner in 2015. He plans to serve out the rest of his term before retiring in January.

"While he did not seek the position, he told his colleagues that serving as speaker has been the professional honor of his life, and he thanked them for the trust they placed in him," Ryan aide Brendan Buck said in a statement.

Ryan has had an impressive 20-year career in Congress, which included campaigning as former GOP presidential nominee Mitt Romney's running mate in 2012. According to Buck, Ryan is now ready to spend some time focusing on family.

"After nearly twenty years in the House, the speaker is proud of all that has been accomplished and is ready to devote more of his time to being a husband and a father," Buck added.

Some supported Ryan's decision, though they admitted it's a loss for Congress -- and the Republican party.

"Speaker Paul Ryan is a truly good man, and while he will not be seeking re-election, he will leave a legacy of achievement that nobody can question. We are with you Paul!" President Trump tweeted Wednesday morning.

"Paul Ryan is a person of true integrity who I have had the great fortune to know over the last eight years," Sen. Ron Johnson, R-Wisc., added. "He has served Janesville, southeastern Wisconsin and our nation honorably. We should all be grateful for his sacrifice and understand his desire to be a full time Dad."

"@SpeakerRyan is a dear friend who has served with distinction. He's a man of the utmost character and integrity," Rep. Patrick McHenry, R-N.C., said. "It has been an honor to work by his side for the last three years. I wish Paul, Jana, and the kids all the best in this next stage of their lives."

Others, however, claimed Ryan's decision is a sign of "disarray" within Congress. Ryan has had a rocky relationship with President Trump, and condemned Trump's more controversial moves on a number of occasions during the campaign.

"@SpeakerRyan's retirement is another sign of the disarray that @realDonaldTrump’s corruption & incompetence is causing for @HouseGOP. When the House elects its next Speaker, I fully expect it will be someone who stands up to Trump & fights for #ABetterDeal for working families," Rep. Betty McCollum, D-Minn., tweeted, though she added that though she disagreed with many of his policies, she personally found Ryan to be a "good man with a kind heart."

Here's a look at how some other politicians reacted to the news.