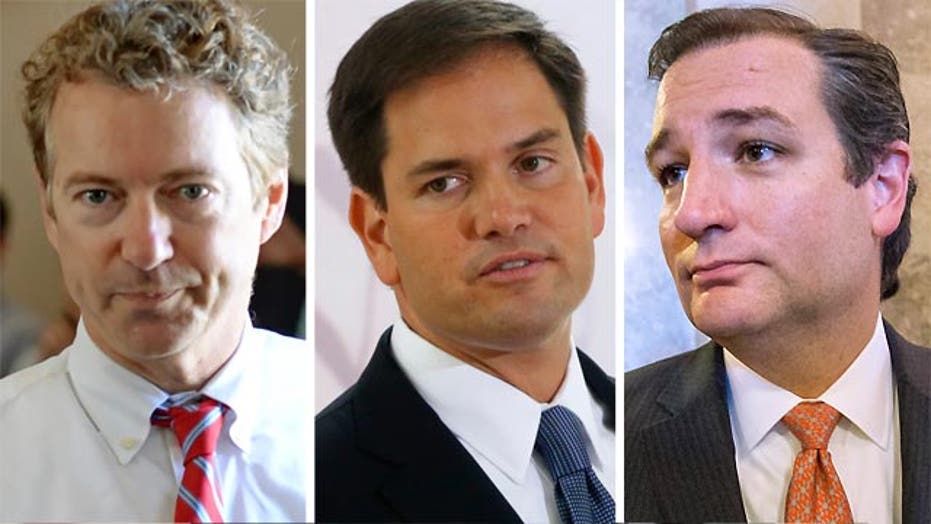 Kentucky Sen. Rand Paul hasn't said whether he's running for president in 2016, but apparently, he believes America deserves a fresh set of candidates.

The first-term Republican senator tweeted that campaigns by former Florida Gov. Jeb Bush, former Secretary of State Hillary Clinton and 2012 Republican presidential nominee Mitt Romney -- none of whom have officially announced a candidacy, despite widespread speculation that they will do so -- would represent "things to run from."

Earlier this month, the Washington Post reported that Paul had hired a campaign manager in preparation for a possible White House bid. Chip Englander, who most recently oversaw Bruce Rauner's successful campaign for Illinois governor, would officially hold the title of senior adviser at Paul's political action committee. However, those people also said that the 33-year-old Englander had been assured that he will take over operation of the campaign once Paul talks the matter out with his family.