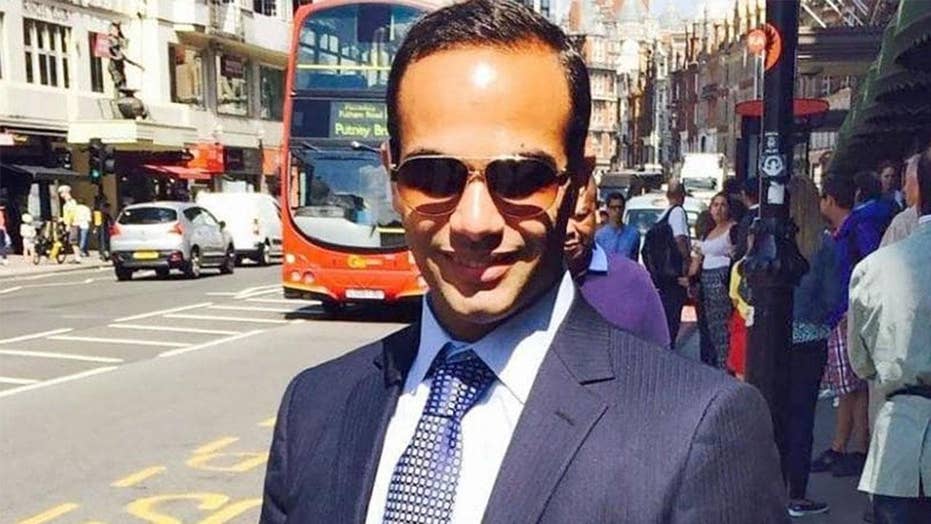 Special counsel Robert Mueller has reportedly recommended that a judge sentence former Trump campaign staffer George Papadopoulos to up to six months in prison for lying to investigators.

President Donald Trump "nodded with approval" at the suggestion of a meeting with Russian President Vladimir Putin, according to a court filing Friday night that seeks leniency for a former campaign aide who lied to the FBI.

Lawyers for George Papadopoulos are seeking probation, saying the foreign policy adviser misled agents during a January 2017 interview not to harm an investigation but rather to "save his professional aspirations and preserve a perhaps misguided loyalty to his master."

Papadopoulos is a pivotal figure in special counsel Robert Mueller's investigation as the first Trump campaign aide to plead guilty and cooperate with prosecutors. The revelation that he'd been told by a professor during the campaign that Russia had "dirt" on Democrat Hillary Clinton in the form of emails helped trigger the FBI's counterintelligence investigation in July 2016 into potential coordination between Russia and the Trump campaign.

The 16-page defense memo paints Papadopoulos as an eager-to-please campaign aide who was in over his head and aims to counter the prosecution's narrative that Papadopoulos's deception irreparably damaged the investigation.

The defense lawyers say Papadopoulos was hired by the campaign in March 2016 despite having no experience with Russian or U.S. diplomacy. That month, he traveled to Italy and connected with a London-based professor who introduced him to a woman described as a Putin relative. That professor, Joseph Mifsud, would later tell him that individuals in Moscow possessed "dirt" on Clinton.

"Eager to show his value to the campaign," defense lawyers say, Papadopoulos suggested during a meeting with Trump and his foreign policy advisers that same month he could leverage his newfound Russian connections to arrange a meeting between Trump and Putin.

"While some in the room rebuffed George's offer, Mr. Trump nodded with approval and deferred to Mr. Sessions who appeared to like the idea and stated that the campaign should look into it," defense lawyers wrote.

"While some in the room rebuffed George's offer, Mr. Trump nodded with approval and deferred to Mr. Sessions who appeared to like the idea and stated that the campaign should look into it."

That language is a reference to Jeff Sessions, who at the time was a Republican senator from Alabama and key campaign aide and later became the Trump administration's attorney general.

Defense lawyers acknowledge that Papadopoulos "lied, minimized, and omitted material facts" to the FBI about his foreign contacts, saying, "Out of loyalty to the new president and his desire to be part of the administration, he hoisted himself upon his own petard."

But they rejected the idea that those lies impeded the investigation, calling that argument by prosecutors speculative.

They also argued that he participated in four proffer sessions with prosecutors and provided important information, including a description of the March 31, 2016 meeting at which he proposed to arrange a meeting with Putin.