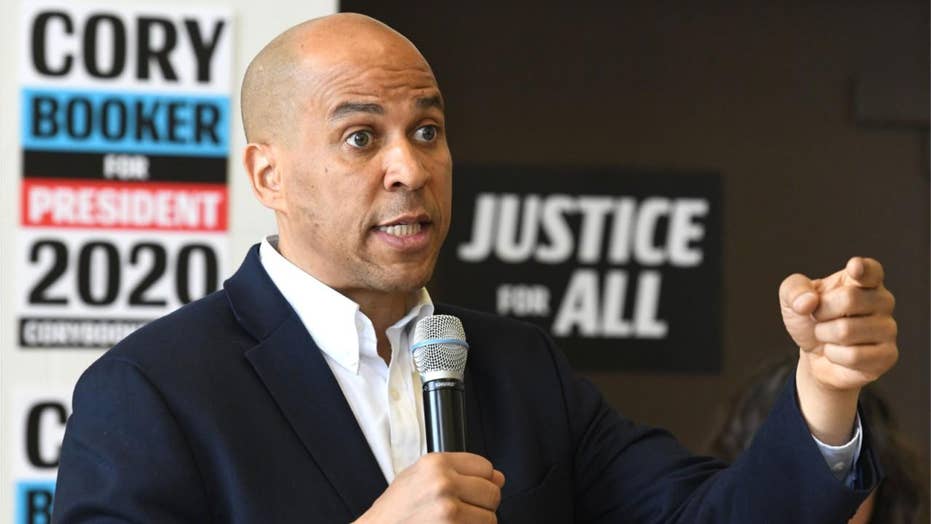 SALEM, N.H. – They’re both highlighting their ideas to curb gun violence as they run for the Democratic presidential nomination.

But Beto O’Rourke says that Sen. Cory Booker’s new proposal to mandate the federal licensing of all gun owners goes too far.

Asked by Fox News this week if he agreed with the U.S. senator from New Jersey, O’Rourke answered, “I don’t know that we need to take the additional step of licensing every single firearm to every single owner. I think that may be too far.”

BOOKER WANTS TO REQUIRE FEDERAL LICENSE FOR ALL GUN OWNERS

The former three-term congressman from El Paso, Texas – who’s a proponent of universal background checks for gun sales, an assault weapons ban, and so-called "red-flag" laws to remove firearms from people who pose a danger to themselves or others -- explained that “I come from, just like New Hampshire, a very proud gun-owning state. People who use firearms responsibly for hunting, for self-protection, for collection.

“I think relying on the responsibility and accountability that gun owners feel -- matching that with universal background checks, stopping the sales of weapons of war, red flag laws -- that’s the perfect way to complement the responsible gun ownership that we see in this country right now,” O'Rourke continued.

While disagreeing with Booker over federal licensing, O’Rourke did thank his rival for the nomination, saying, “I’m grateful for his work to elevate this conversation to ensure that we stop this bloodshed in this country.”

Booker on Monday unveiled a wide-ranging plan to stem gun violence, with one of his 16 proposals calling for all gun owners to obtain federal firearms licenses.

O’Rourke took questions from Fox News and other organizations after headlining a house party in Salem, N.H., his first top in a jam-packed three-day swing through the state that holds the first primary in the race for the White House.

O’Rourke kicked off his speech to the crowd at the well-attended event by spotlighting the issue of gun violence, lamenting that shootings have become “so numbingly common that too many of them don’t even make the headlines or the nightly news.”

O’Rourke soared in the polls and posted eye-popping fundraising figures as he basked in generous media attention and large crowds on the campaign trail in the first couple of weeks after he declared his candidacy in mid-March.

But the buzz soon ended and poll numbers edged downward.

“There are a series of peaks and valleys for almost every major party candidate. Few have cruised without difficulty into victory,” he explained. “This is going to take time. Some days are going to be tougher than others, but the fundamentals remain the same. It’s connecting with people, listening to them, and bringing their stories, their prospectives into the conversation, into the campaign.

“I really can’t get distracted on what’s happening in the short term,” he added. “We’re playing for the long term in this race.”

Hours before he arrived in the Granite State, the Republican National Committee criticized the candidate as “out of touch.”

O’Rourke was joined on the national campaign trail for the first time (outside of his home state of Texas) by his wife Amy.

“Amy’s here because she’s awesome and our parents are amazing and they’re with our kids right now so that she can be with me here in New Hampshire,” he said.