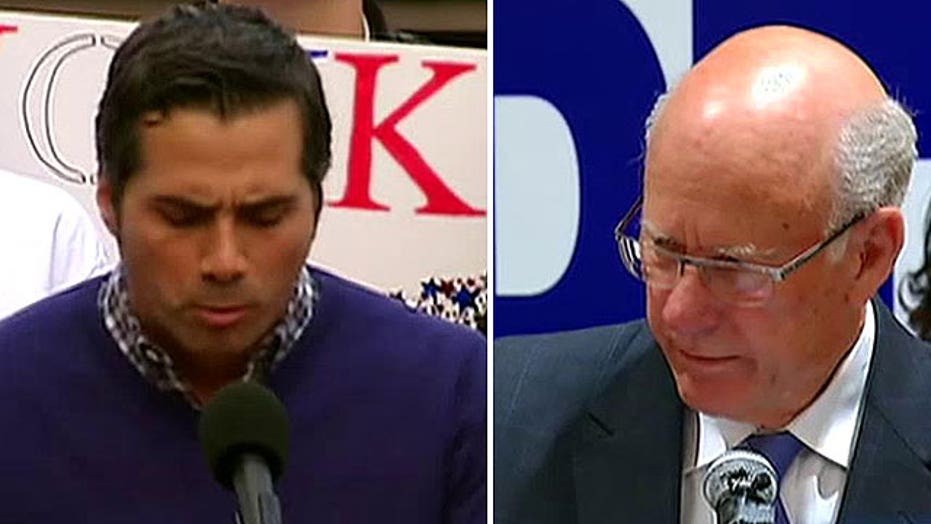 Roberts slams 'out of touch' Orman after 'clown car' comment

“I don't think I've ever been called a ‘clown’ before. I'm disappointed by Mr. Orman's statement," said the 91-year-old Dole, who was also the GOP presidential nominee in 1996 and served 35 years in Congress.

Orman, in an unexpected, too-close-to-call race with Roberts, made the remark at a campaign stop.

"Mr. Orman’s personal attacks and disdain for Senator Dole and other Republican leaders have no place in this campaign,” Roberts said. “If he wants to attack me, that’s fine because I’m used to being attacked by liberals. But Mr. Orman owes Senator Dole an apology.”

He also told Fox News on Saturday the comment was a “cheap shot” and proves how out of touch the Orman campaign is because nobody running for public office would ever criticize Dole.

The Orman campaign told the Kansas City Star that the candidate did not intend to slight Dole or anyone else at the rally.

Orman has based his campaign on his disdain for both major political parties.

But Democrats and Republicans have something the Kansas City businessman could really use right now: an established get out the vote operation.

In most elections, making sure that friendly voters cast their ballots is more important for a candidate in a race's final days than wooing new supporters.

Roberts, who is seeking a fourth term, has several thousand GOP campaign workers and volunteers armed with the latest voter information who are making sure his likely supporters vote in person or by mail, in addition to Dole and other Republican heavy weights helping him on the campaign tour.

Orman, 45, hopes that a quickly assembled turnout effort using new voter data techniques and about 800 volunteers will make up for his lack of a party apparatus.

Orman, whose campaign surged in September when the Democratic challenger dropped out of the race, is trying to appeal to voters disgusted with partisan gridlock in Washington. He is especially targeting registered independents, who make up 30 percent of Kansas' electorate, along with any Republicans tired of Roberts, 78, after his four decades in Washington. Forty-two percent of GOP voters supported Roberts' opponent, a Tea Party advocate, in the primary.