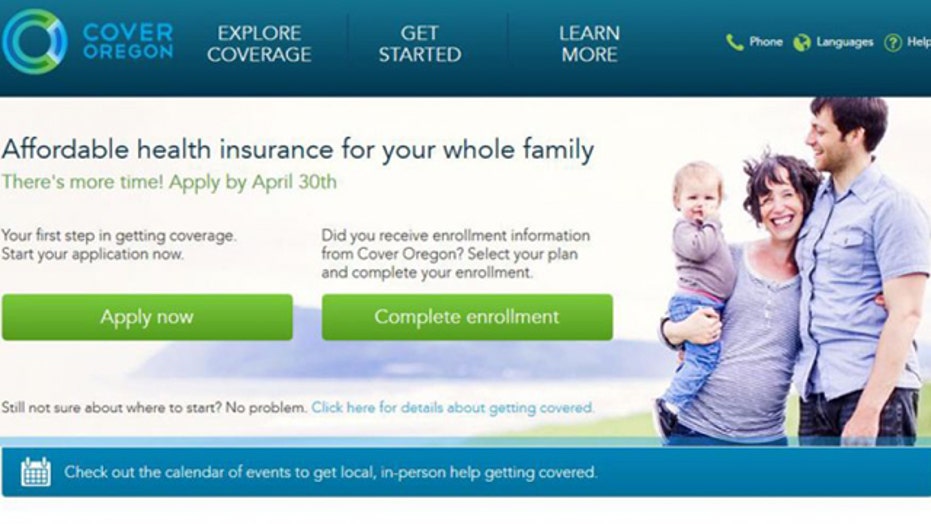 WASHINGTON – The Obama administration is getting ready to rescue the failing Oregon state health care exchange, which has been hit by technical glitches from the start.

On Friday, the Cover Oregon board will take up a recommendation made Thursday by a partial panel to hand over the state- run exchange to the federal government.

The move comes nearly seven months after Oregon’s online system was supposed to go live, but never did so completely.

Cover Oregon official Alex Pettit said fixing the existing system would be too risky and take too long to implement.

He also said it would be too costly. Trying to fix the system would cost around $78 million, he said. Switching to the federal system would be considerably cheaper, estimated at $4 million to $6 million.

Oregon would continue using its current technology for Medicaid enrollments, but not for people who are buying private policies.

Aaron Albright, a spokesman for the federal Centers for Medicare and Medicaid Services, told Fox News in a written statement Thursday, “We are working with Oregon to ensure that all Oregonians have access to quality, affordable health coverage in 2015.”

Oregon's exchange is seen as the worst of those of more than a dozen states that developed their own online health insurance marketplaces. The state is the only one where the general public still can't use an online enrollment system to sign up for coverage in one sitting -- despite an early start building the site and millions of dollars from the federal government.

The Oregon exchange – like the ones in Maryland and Massachusetts- have been hit hard by technical glitches that have made signing up difficult for consumers.

The website was supposed to go live Oct. 1, but Cover Oregon and the technology vendor that built it, Oracle Corp., have been unable to work out all the glitches. Instead, Oregonians must use a costly, time-consuming, hybrid paper-online process to sign up for insurance.

The state has spent nearly $7 million on the paper processing efforts, in addition to $134 million in federal funding paid to Oracle.

Oregon was the only state to receive a month-long enrollment extension because of the technology problems.

The federal Government Accountability Office has announced an investigation into Oregon's exchange, including looking at whether the federal government can reclaim grant money given to Cover Oregon if taxpayer funds were mismanaged.

Separately, former Health and Human Services Secretary Kathleen Sebelius asked for an inspector general's investigation into problems with the rollout of the health care law.

An independent investigation ordered by Gov. John Kitzhaber found state managers repeatedly failed to heed reports about technical problems that prevented the exchange from launching. It also found that Oracle did a shoddy job in building the exchange. Four Oregon officials connected to the development of the Cover Oregon portal have resigned.

Kitzhaber has insisted that communications about the portal's troubles never reached him as the planned Oct. 1 launch neared.

So far, about 240,000 Oregonians have enrolled in coverage through Cover Oregon. More than 69,000 of those enrolled in private health plans, while 171,000 enrolled in the Oregon Health Plan, the state's version of Medicaid.