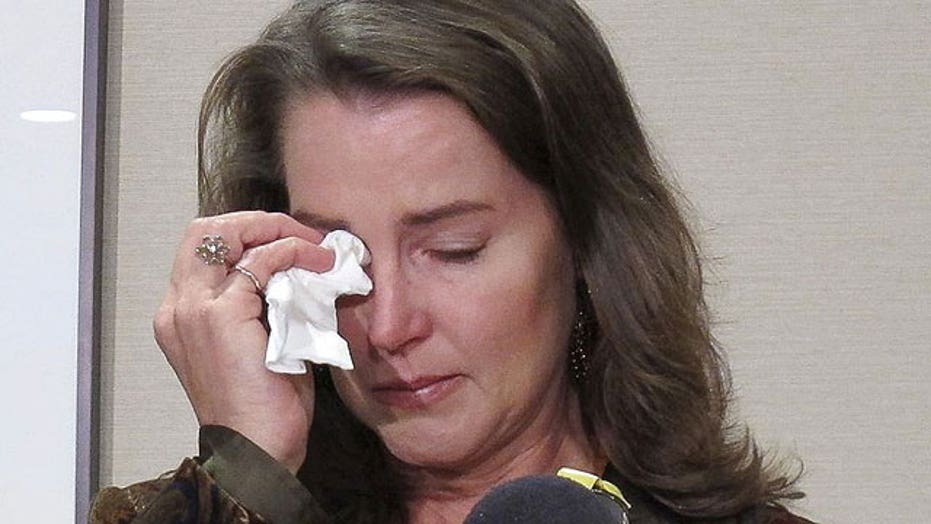 Oregon Gov. John Kitzhaber got one hell of an October surprise, as his fiancée tearfully admitted Thursday to having a green-card marriage to an 18-year-old Ethiopian immigrant.

The stunning admission comes after an alternative newspaper first reported that Cylvia Hayes – who despite being engaged goes by the title “first lady” in the state – had been married, and divorced, three times before.

Two of those were known. But the Democratic governor to whom she’s engaged, and the public, apparently didn’t know about the third.

"This is the most painful part for me," she said, according to Oregon’s Fox 12. "John Kitzhaber deserved to know the history of the person he was forming a relationship with. The fact that I did not disclose this to him meant that he has learned about this in the most public and unpleasant way."

Wiping away tears at a Thursday news conference, Hayes said she accepted around $5,000 to marry the immigrant, Abraham Abraham, in 1997 so that he could remain in the United States.

"It was a marriage of convenience," Hayes said. "He needed help and I needed financial support."

Hayes said she was "ashamed and embarrassed," and did not tell the governor about the marriage until the Willamette Week newspaper began asking questions. She and Abraham have since divorced.

The Democratic governor has not publicly addressed his fiancee's secret marriage, but the issue could come up when he debates Republican state Rep. Dennis Richardson on Friday.

Hayes said she was "associating with the wrong people" while struggling to put herself through college when she agreed to the sham marriage. Hayes was twice divorced and just shy of her 30th birthday when she married the Ethiopian man.

Hayes said she and the Ethiopian man never lived together, met only a handful of times and have not had any contact since the divorce was finalized in 2002.

Kitzhaber, who was governor from 1995 until 2003, divorced his second wife, Sharon, shortly after leaving office. Kitzhaber made a political comeback in 2010. Though they have yet to marry, Kitzhaber refers to Hayes as the "first lady," and she has embraced the role of political spouse while continuing her work as an energy consultant.

A story in Willamette Week on Wednesday said that Hayes has used her title and her role in advising the governor to advance her private consulting business. Hayes said she'll step back from her work advising Kitzhaber for now.

Richardson, trying to gain traction before voters begin casting ballots next week in Oregon's all-mail election, has tried to shift attention to that story.

"It's clear from her past history that the first lady has had no qualms with breaking the law in order to make financial gains," said Meredith Glacken, a spokeswoman for Richardson.

Hayes said she's been cautious in trying to avoid conflicts of interest between her business and first lady work.