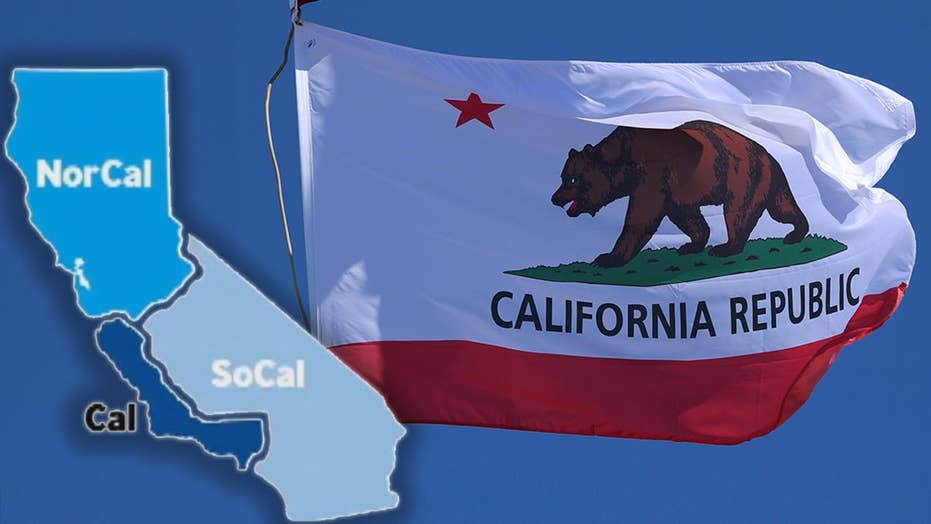 Entrepreneur Tim Draper has collected 600,000 signatures from all 58 counties for his Cal 3 initiative.

A non-profit organization fighting against a maneuver to divide California into three different states requested Monday that the state’s highest court get involved as part of an effort to have the measure taken off the ballot.

The Planning and Conservation League, an environmental nonprofit corporation, filed a lawsuit arguing that such a significant alteration to the state’s governmental makeup should require more than the normal initiative process. It should also need two-thirds approval from the Legislature prior to being on a ballot or put up for consideration to a state constitutional convention, the group said.

California’s secretary of state office confirmed last month that the “Cal-3” initiative, sponsored by venture capitalist Tim Draper, had received enough signatures to qualify for a spot on the November ballot.

In this June 18 photo, venture capitalist Tim Draper points to a computer screen at his offices in San Mateo, Calif., showing that an initiative to split California into three states qualified for the ballot. Opponents of the initiative are asking the state Supreme Court to pull the measure from the ballot. (AP Photo/Haven Daley)

Carlyle Hall, a lawyer involved with the lawsuit, told The Associated Press that the concept is “really stupid” and dubbed it a misuse of the ballot initiative system.

“The dislocation and the disruption that would be caused by something as great as this just can't be understated,” he said. “This will not make things better. This is really stupid.”

The Planning and Conservation League has a history of working on initiatives and therefore has an interest in the process not being abused, Hall said. Additionally, the initiative could harm the environment if California's strong environmental protections are scrapped and replaced with something weaker, which could happen if the state were split, Hall said.

“Cal-3” is Draper’s latest attempt to break up the state – an earlier effort to create six separate states didn’t gain the necessary amount of signatures to earn a spot on the 2016 ballot.