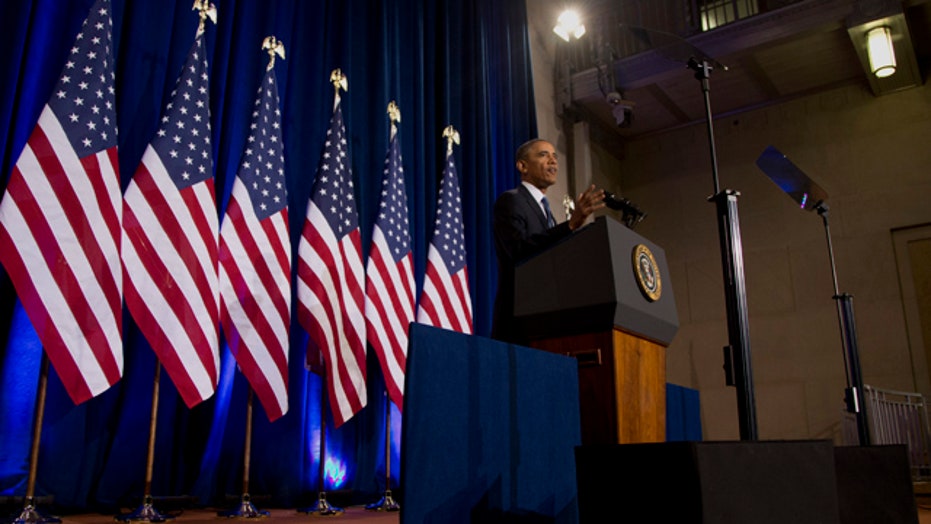 Will the president's proposals to overhaul the NSA's surveillance programs put America at risk?

U.S. officials in charge of implementing President Obama's plan to transfer control of a database containing Americans' phone records away from the National Security Agency have expressed concerns that timetable set by the president is not feasible.

The Justice Department and the Office of the Director of National Intelligence have until March 28 to recommend a transfer point for the records. However, The Washington Post reports that telephone companies have told officials that they don't want to be responsible for the database and no one has come up with a workable plan in the meantime.

"The idea that this complicated problem will be solved in the next two months is very unlikely, if not impossible," one official told the Post. "It is not at all inconceivable that the bulk collection program will stay the same, with the records held by the government until 2015."

Obama announced the plan to remove the phone database from the NSA's purview Friday in a speech at the Justice Department given in response to a series of leaks about the NSA's phone and Internet data collection program by former contractor Edward Snowden. Obama also required intelligence agencies to obtain approval from a secret FISA court before accessing the records.

The new directives would also limit spying on international leaders and prohibit the government from requesting communications data beyond two people away from a targeted terrorist.