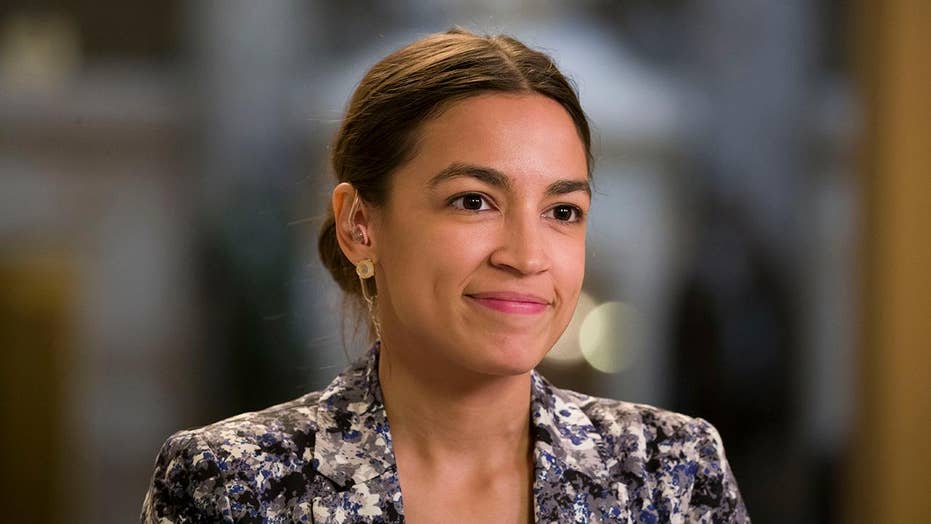 Rep. Alexandria Ocasio-Cortez is firing back at accusations of hypocrisy for railing against conditions in migrant detention centers, after having voted against funding legislation for the humanitarian crisis at the border.

“People like AOC create the disaster, refuse to fix it, vote against funding to help people and then go down there to attack the people who are saying to her, ‘we don’t have enough money, we don’t have enough facilities,’” former GOP House Speaker Newt Gingrich said on Fox News’ “America’s Newsroom,” calling her "viciously dishonest."

The criticisms of Ocasio-Cortez, D-N.Y., come after the freshman Democrat traveled to the border in El Paso, Texas on Monday with almost a dozen members of the Congressional Hispanic Caucus, blasting border officials while claiming agents forced migrant women and children in cells to drink toilet water.

Ocasio-Cortez has battled with immigration officials ever since over the veracity of that claim. But she's also faced criticism over her “hell no” vote last week on a bipartisan bill that would provide $4.6 billion in funding for the crisis, and for voting against an earlier Democrat-backed aid package. She was insisting that restrictions on immigration enforcement be included.

“How many migrant women did @AOC help by voting AGAINST the $4.6 billion bipartisan humanitarian aid that is FOR THEM?” Kellyanne Conway, counselor to President Trump, tweeted Tuesday in response to the lawmaker's accusations. “All talk, no dollars.”

Republican GOP Rep. Dan Crenshaw of Texas also pushed back. “What they’re really doing is trying to stand on their moral high horse and sling arrows at everybody else while not offering a solution,” Crenshaw said on Fox News' “The Story” Tuesday. “They fought us tooth and nail against that $4.5 [billion] in humanitarian aid the president needed, that DHS needed.” 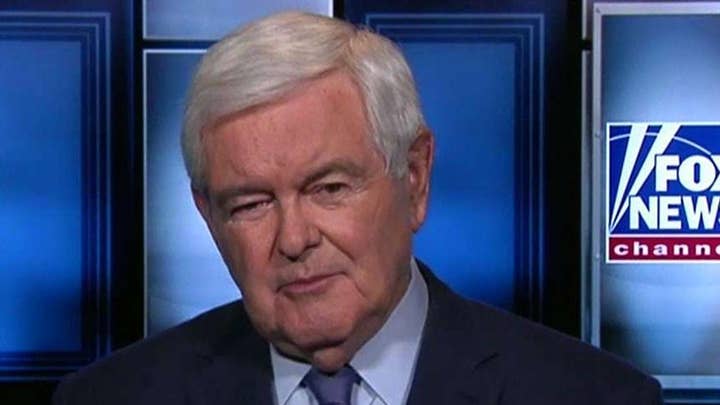 But Ocasio-Cortez fired back, saying it’s “not” a funding problem, but a “deeper, systemic” one. She also claimed the border bill simply "funded abuse" and didn't fix the problem.

But amid the political fight, immigration officials maintain that they are resource-starved in the face of a migration surge. A DHS official told Fox News that CBP agents are “not equipped for the sheer volume of people” in facilities.

“HHS is backed up with children, so there is a real backlog at the CBP facilities there,” the official explained. “It’s a real problem. The supplemental funding will help, but it’s a band-aid on a much bigger problem.”

A U.S. Customs and Border Protection spokesman told Fox News in a statement that during Ocasio-Cortez’s visit to the border with other members of Congress Monday, “local leadership highlighted investments in additional restroom and shower facilities, hygiene products, increased medical support and expanded transportation capabilities,” and said officials are doing the best they can with limited funding and resources.

“Even with these investments, El Paso officials emphasized to members of Congress that USBP facilities were not designed for long-term holding,” the CBP spokesman said in a statement. “Officials also explained the critical challenges to USBP operations when ICE/ERO and HHS/ORR are unable to move those in custody as quickly as they are processed.”

The spokesman added that it “was also reiterated that CBP takes allegations of mistreatment of individuals in our facilities seriously, and reports all allegations to both the DHS Office of the Inspector General and the CBP Office of Professional Responsibility.”

“Any employee found to have violated our standards of conduct will be held accountable,” the spokesman said.

DHS, meanwhile, is investigating a reported Facebook group where border officials posted graphic content mocking Ocasio-Cortez as well as migrants -- a development that only fueled the tensions between the lawmaker and immigration agencies.

Also on Tuesday, the DHS inspector general released a report revealing that 8,000 immigrants being held in Border Patrol detention facilities in South Texas were subjected to “serious overcrowding” and prolonged detention. The report included photos of migrants in several facilities, packed into crowded standing-room-only cells and behind fences. Others are shown sleeping on the floor with aluminum blankets.

The report also cited security incidents at multiple facilities. Some detainees have clogged toilets with the blankets and socks in order to be let out of their cells and some have refused to re-enter the cells after they had been cleaned.

"The current situation on the Southern Border represents an acute and worsening crisis," Acting Inspector General Jennifer Costello said in a letter to Jim Crumpacker, the director of the Government Accountability Office-OIG Liaison Office. "Our immigration system is not equipped to accommodate a migration pattern like the one we are experiencing now."