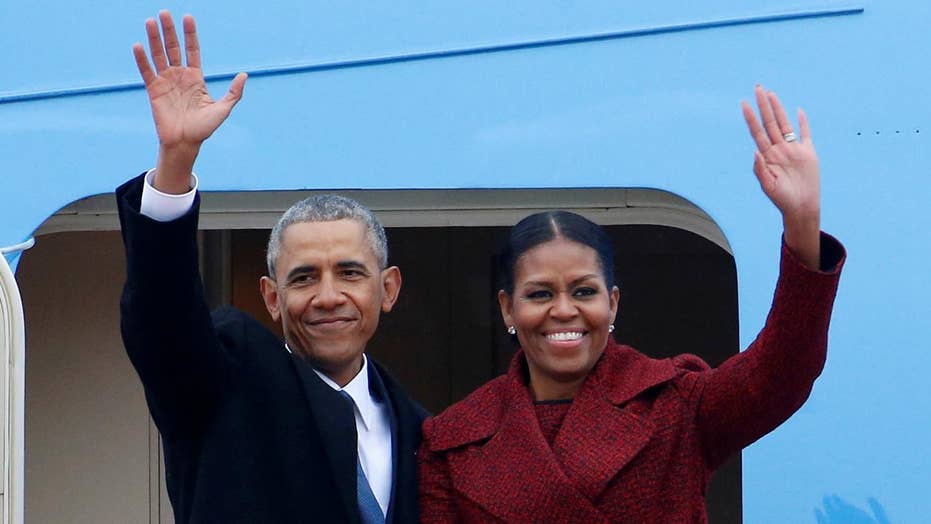 It sure does pay to be the president.

Former President Barack Obama has inked a $65 million deal for his memoir, a joint agreement that also will include a book written by former first lady Michelle Obama.

It is the highest amount ever paid for a presidential memoir.

The deal, announced Tuesday by publisher Penguin Random House, will pay for the global rights to two books to be written separately by the former president and his wife, according to the Financial Times.

Knopf, a division of Penguin Random House, paid $15 million for the rights to Bill Clinton’s 2004 memoir “My Life” when he left the White House, while George W. Bush made an estimated $10 million for his book “Decision Points,” which was published by Crown in 2010 -- a Penguin Random House imprint that has previously published books by both Obamas.

"We are absolutely thrilled to continue our publishing partnership with President and Mrs. Obama," Penguin Random House CEO Markus Dohle said in a statement.

"With their words and their leadership, they changed the world, and every day, with the books we publish at Penguin Random House, we strive to do the same. Now, we are very much looking forward to working together with President and Mrs. Obama to make each of their books global publishing events of unprecedented scope and significance."

The unique dual arrangement is for books that are among the most anticipated in memory from a former president and first lady. Barack Obama is widely regarded as one of the finest prose stylists among recent presidents, and has written the million-selling "Dreams from My Father" and "The Audacity of Hope."

Michelle Obama has given few details about her time as first lady: Her only book is about food and gardening, "American Grown," released in 2012.