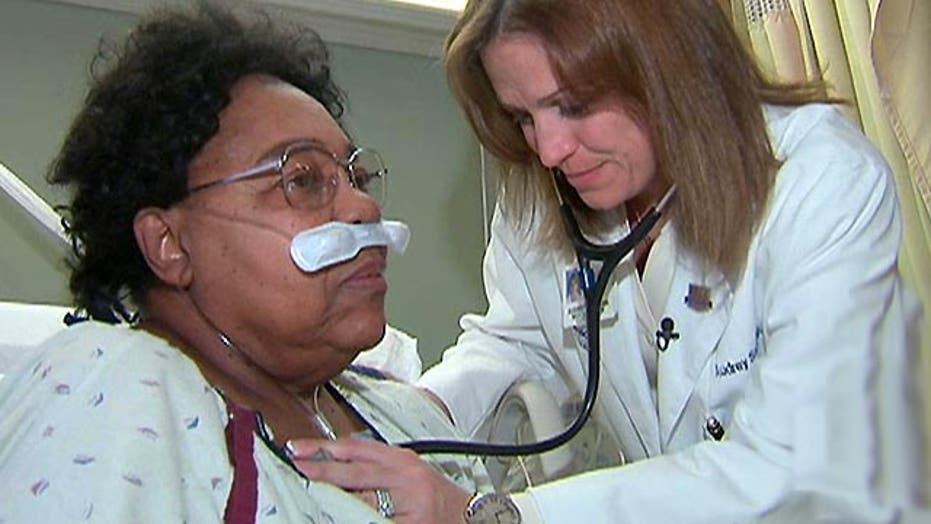 Paucity of providers under ObamaCare for seniors, the poor

Those who signed up for ObamaCare or were forced into it now are learning they're going to face some nasty surprises when they seek care.

"Many consumers ended up purchasing a plan through the exchange, thinking it would cover their normal set of physicians, and hospitals," says Jim Capretta of the Ethics and Public Policy Center.

“Now as they are using services, they are figuring out that they don't."

Which is why President Obama was forced to confess he was wrong to say that people could keep their plans or their doctors, no matter what.

At a news conference last fall as plans on the individual market were being canceled by the millions, the president said, "With respect to the pledge I made that if you like your plan you can keep it... there is no doubt that the way I put that forward unequivocally ended up not being accurate."

Dr. Scott Gottlieb of the American Enterprise Institute, or AEI, found a similar situation in a county in Florida where there are "seven pediatricians for a county that serviced almost a quarter of a million children. We found plans in San Diego County that only gave you access to 10 dermatologists."

The root of the problem is that extra benefits offered on healthcare.gov were so expensive the only thing insurers could do to hold down costs was clamp down on providers.

"I found counties, for example, again in California, where the nearest urologist was 90 miles away," says AEI's Gottlieb. "So if you think of the range of conditions, which you might need to see a urologist, sometimes you're not going to be able to drive 90 miles to see one."

Matthew Eyles of the consulting firm Avalere Health says, "Price is paramount when you're talking about a consumer market. The premiums are the first thing that a consumer sees, and for better or worse, many of them are making decisions based on premium rather than looking at the total cost of the plan and the provider network."

The end result is plans that employ a version of rationing -- either by distance or long wait times to get an appointment.

"You're promised a lot of benefits on paper, but when you go to try to schedule an appointment to actually get access to the services, you can't get that appointment," says Gottlieb.

“You are going to have to drive farther, the list of specialists is much narrower," says Jim Capretta. "It’s going to feel a lot more like a public insurance program. A lot like Medicaid in terms of the selection of physicians and hospitals."

But Medicaid, health care for the poor, has notoriously bad access to doctors because it pays so little -- not exactly the way ObamaCare was advertised.