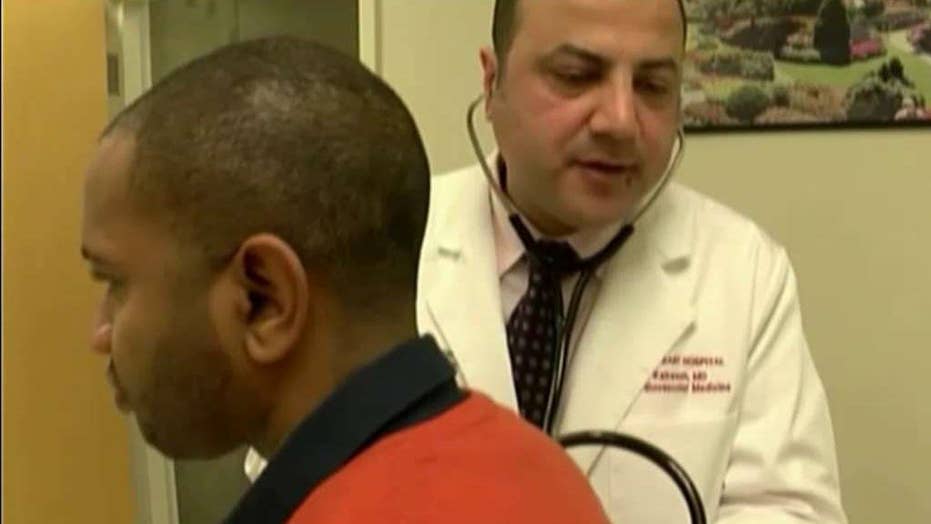 An ObamaCare insurance exchange once viewed as a steady ship in a sea of glitch-plagued websites is now running into problems of its own – adding to a new mess of health industry complications under the Affordable Care Act, including premium hikes, jittery insurers and failing co-ops.

Your Health Idaho (YHI), the Idaho marketplace that was one of the better-run systems when the law went into effect, was late getting thousands of state residents critical tax forms this year. One recent report said the call center also has struggled to answer customer calls, directing them instead to send requests by email -- and the system has taken months to enroll some people after they signed up.

“We saw this coming years ago. We were promised that by having a state exchange, the customer would have a far superior experience compared to the federal level, and that’s proven to be false,” said Wayne Hoffman, the CEO of the Idaho Freedom Foundation who has opposed the Idaho state exchange from the start. He said they were warned that under the federal exchange, customers might “have to wait months and months for forms to be returned to them, yet, that is exactly the same experience people in Idaho are having today.”

Your Health Idaho, meanwhile, is blaming Washington -- saying the reason for the delay in tax forms was faulty information they received from the federal government.

The problems in Idaho mark the latest turbulence for the health care overhaul. UnitedHealth, the nation’s largest health insurer, is projecting millions in losses and recently announced it plans to cut participation in the insurance exchanges to just a handful of states next year; many of the so-called co-ops established under the law have gone belly up; and insurers now are expected to seek steep premium increases for next year to offset financial problems.

The state-run exchanges, meanwhile, did not all suffer the high-profile embarrassment brought by the troubled roll-out of the federal HealthCare.gov. Some, like Idaho’s, previously performed relatively well. Overall, $4.86 billion was awarded to the states for planning and establishing their own state exchanges.

Yet, a number of state-run exchanges – now including Idaho’s – have run into operational and technological issues. Oregon’s exchange reportedly came under federal investigation over allegations the state showed the federal government a misleading website demonstration to ensure the continued flow of federal money.

The FBI would not confirm to Fox News whether an investigation into Oregon’s system, which later switched over to the federal exchange, is ongoing.

“There are moderate successes that you can attribute to some of these exchanges where people can purchase plans, but generally speaking, it’s a flawed system,” Charles Siler, media relations director of the Foundation for Government Accountability, told Fox News. “It is nearly impossible to make it work in the long-term.”

In Idaho, the exchange enrolled about 100,000 people for 2016. But, as first reported by the Idaho Statesman, the exchange was late in sending thousands of residents their tax-subsidy statements.

The exchange has admitted there was a delay in processing customers’ 1095-A forms – while blaming the federal government for bad information. Approximately 5,000 people experienced delays in their 1095-A forms, but YHI was able to get their consumers the correct forms ahead of the federal tax filing deadline.

According to Your Health Idaho, their marketplace technology is now running smoothly.

“Your Health Idaho built an exchange that has and will continue to give Idahoans choice for health insurance and keep maximum control in our state,” Executive Director of Your Health Idaho Pat Kelly told Fox News. “We regret any trouble this caused our customers.”

YHI has the second-highest enrollment per capita of all the state exchanges, and, as a predominantly conservative state, Idaho is working to maintain maximum control and avoid transitioning to the federal marketplace.

The decision to pursue a state exchange at all was made after the state’s governor in 2012 appointed several people to a panel to formally evaluate whether the state should create an independent exchange. Idaho was ultimately granted $69 million in federal funding for their exchange.

“You have the same problems you would have at the federal level – just with Idaho bureaucrats instead of Washington, D.C., bureaucrats,” Hoffman, who was on that panel and opposed the exchange, said.

Kelly told Fox News that funding is not a concern, and they currently have $5 million in reserves, saying: “We will continue to dedicate the necessary resources to adequately address our customers’ needs.”