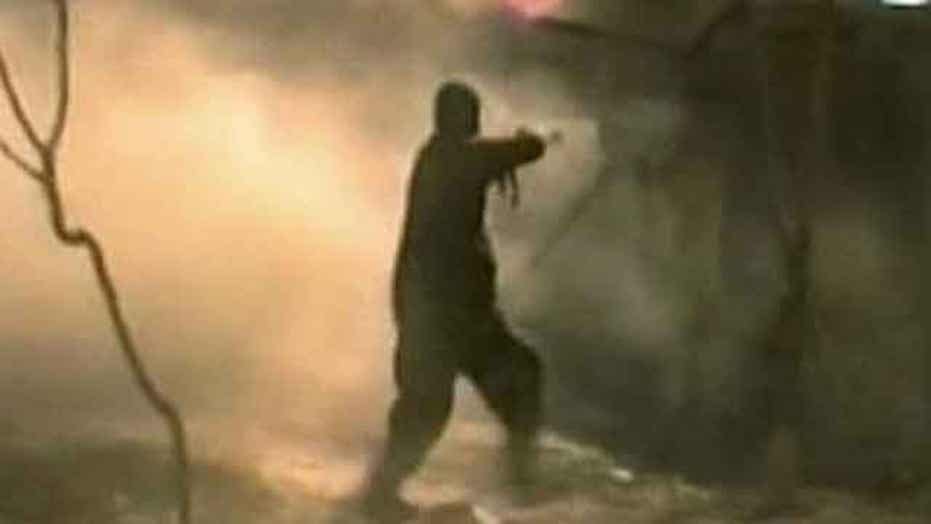 In spite of the ongoing terror threat emanating from Yemen, the White House says it does not plan to rethink President Obama's decision last May to lift a moratorium on releasing Guantanamo Bay prisoners back to that country.

“I am lifting the moratorium on detainee transfers to Yemen, so we can review them on a case-by-case basis,” Obama told an audience at the National Defense University during a major counterterrorism policy speech on May 23.

The president is standing by that announcement, even though Al Qaeda in the Arabian Peninsula, the Al Qaeda affiliate in Yemen that U.S. intelligence officials say is now the greatest Al Qaeda threat to the U.S. homeland, was formed in part by several former Guantanamo Bay detainees who were released in 2006.

“A handful of former Gitmo detainees, primarily Saudi citizens, made their way across the border into Yemen and they joined AQ in Yemen,” according to AQAP expert Gregory Johnsen, author of “The Last Refuge: Yemen, Al Qaeda, and America’s War in Arabia.”

“It was that merger between people, former Gitmo detainees from Saudi Arabia and the AQ escapees in Yemen, that really formed AQAP, the group that announced itself in January 2009, and that's the group we know today as AQAP.”

The genesis of AQAP goes back to a prison break in Yemen in February 2006. That's when 23 Al Qaeda suspects, including Nasser Al Wuhayshi – who once served as Usama bin Laden’s secretary and whose communications with Ayman Zawahiri were intercepted by U.S. intelligence -- tunneled out of a maximum security prison in Sana’a, the capital of Yemen.

The prisoners tunneled their way out of their two-room prison cell into a neighboring mosque, where they dusted themselves off, said their morning prayers and walked out the front door to freedom.

Wuhayshi and several prisoners who had been released from Guantanamo Bay, including Said Al Shihri, who was killed by a U.S. drone earlier this year, formed AQAP officially in 2009.

On Aug. 1, just one day before this week's terror warning that led to the closure of the 19 embassies, Obama met Yemen's president at the White House.

One thing that has not changed in Yemen is the strength of Al Qaeda in the Arabian Peninsula.

The recent spate of prison breaks across the Middle East and North Africa adds to U.S. official concerns, given that such escapes by Al Qaeda often lead to the formation of the next affiliate.

The first coordinated break occurred July 21 in Iraq at Abu Ghraib, where many of the most hardened Al Qaeda prisoners have been held since the U.S. military detained them during the Iraq war.

Attackers armed with rocket-propelled grenades pushed through the prison gates, breaching the exterior walls using car bombs. Some 500 convicts escaped. A second prison north of Baghdad was breached at about the same time.

Six days later, more than 1,000 inmates in Libya escaped from a Benghazi prison in an operation coordinated with gunmen from outside the prison walls. Many had been incarcerated on terrorism charges.

On July 30, Taliban fighters disguised as police and armed with bombs broke 250 prisoners out of a Pakistani jail.

“This is kind of classic Al Qaeda and we've seen this over and over again,” said terrorism expert James Carafano of the Heritage Institute. “When Al Qaeda finds a tactic that works, they go back to it again and again and again until they've perfected it.”