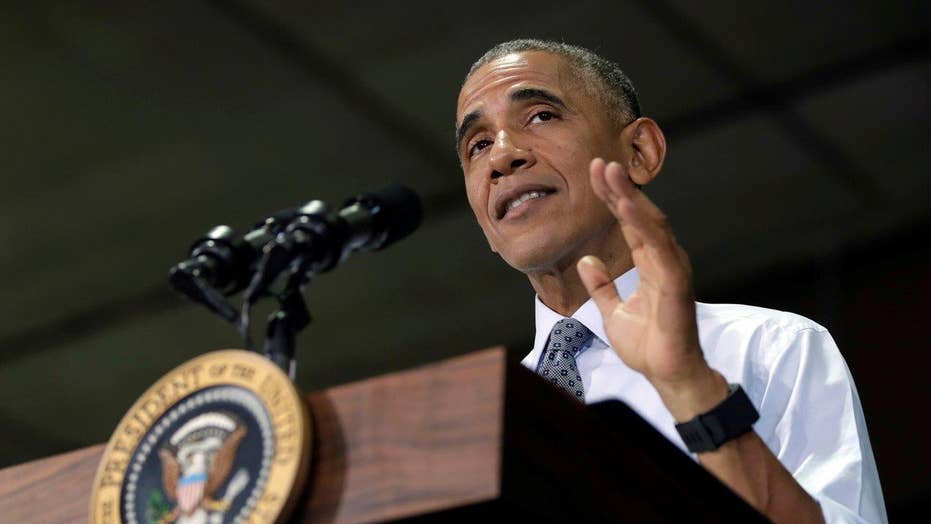 What Obama's internet 'giveaway' is really about

Outrage grows as the Obama administration plans to transfer oversight of the internet to an international body and four Republican attorneys general sue. 'On the Record' looks at the key issues

President Obama mocked Republican critics who see him as “Saul Alinsky” or “the Antichrist,” during a wide-ranging interview with New York Magazine published Monday.

Obama in the interview, which took place Aug. 25, repeatedly voiced frustration with what he described as a recalcitrant Republican opposition, lamenting Congress’ unwillingness to work with him on key legislation such as the Affordable Care Act and the stimulus bill.

“They’re imagining the potential problems that arise, so it’s pretty hard for them to publicly say, ‘Obama’s a perfectly reasonable guy, but we just can’t work with him because our base thinks he’s the Antichrist,’” Obama said.

He also ridiculed the concept that he’s a far leftwing ideologue.

"The notion that somehow I show up here and I become Saul Alinsky or Lenin in meetings with Republicans probably doesn’t ring true,” Obama said.

Obama even joked at one point that his administration may have been able to achieve more if it were legal to offer patronage, noting a this-for-that strategy was essential in passing some of America’s most historic legislation.

"Yeah, because then it was transactional, then it was ‘I’d like this, I need that,’” he said. “And one of the things that’s changed from the [Lyndon] Johnson era obviously is I don’t have a postmaster job. Shoot, not just Johnson’s age — [Abraham] Lincoln’s age. Good-government reforms have hamstrung an administration, which I think is for the most part for the best. "

Obama did not spend much time speaking about Republican presidential candidate Donald Trump's campaign. But he traced the billionaire's political rise back to Sarah Palin’s selection as Sen. John McCain’s presidential running mate in 2008.

“I see a straight line from the announcement of Sarah Palin as the vice-presidential nominee to what we see today in Donald Trump, the emergence of the Freedom Caucus, the tea party, and the shift in the center of gravity for the Republican Party,” Obama said. “Whether that changes, I think, will depend in part on the outcome of this election, but it’s also going to depend on the degree of self-reflection inside the Republican Party. There have been at least a couple of other times that I’ve said confidently that the fever is going to have to break, but it just seems to get worse."