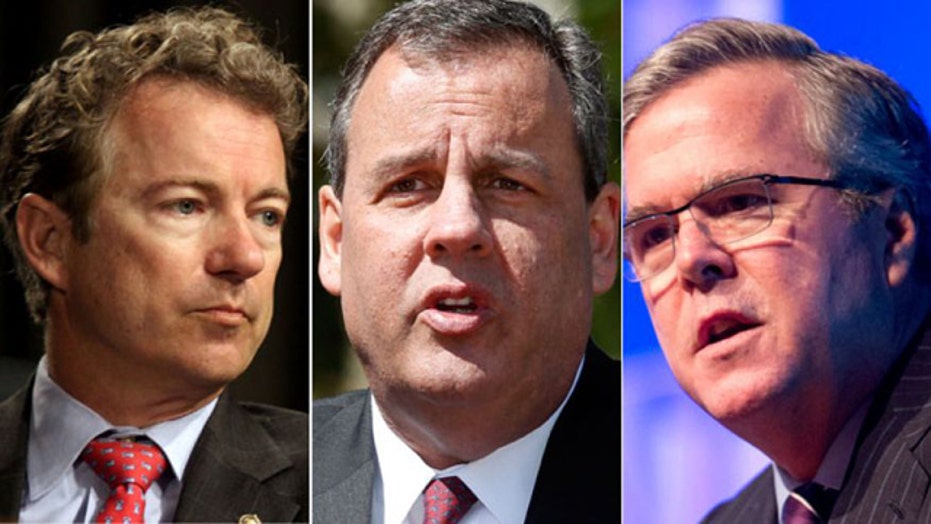 A new Fox News poll, and a new number's making news. It's 61. As in, 61 percent of respondents say the president lies about significant issues “most” or “some” of the time. And guess what Republicans have to say about that? It begins with "broken" and ends with "promises."

And just because we can’t stand not speculating about something that’s happening TWO YEARS from now, New Jersey Gov. Chris Christie leads the potential Republican presidential pack, according to a separate poll. Former Florida Gov. Jeb Bush and Kentucky Sen. Rand Paul are not far behind.

If the 2016 election “were held today,” the poll finds Hillary Clinton would trounce Christie by 8 points, and she’d beat Jeb Bush and Rand Paul by 9.

The liberal Daily Kos takes a gander at what Christie would bring to D.C. Pointing to a 100-page 2016 presidential transition report, the website’s piece is surprisingly fair -- outlining who could serve in his cabinet.

I’m sure this isn’t all DK has up its sleeve.

File this under the "isn’t this sweet" category. Mitt Romney sends a love letter to his betrothed via Twitter.

Instead of spending the day with grandchildren, he could be stuck on the phone with Putin. Which is better?

And we can file this under the “isn’t this cool" category. Or not.