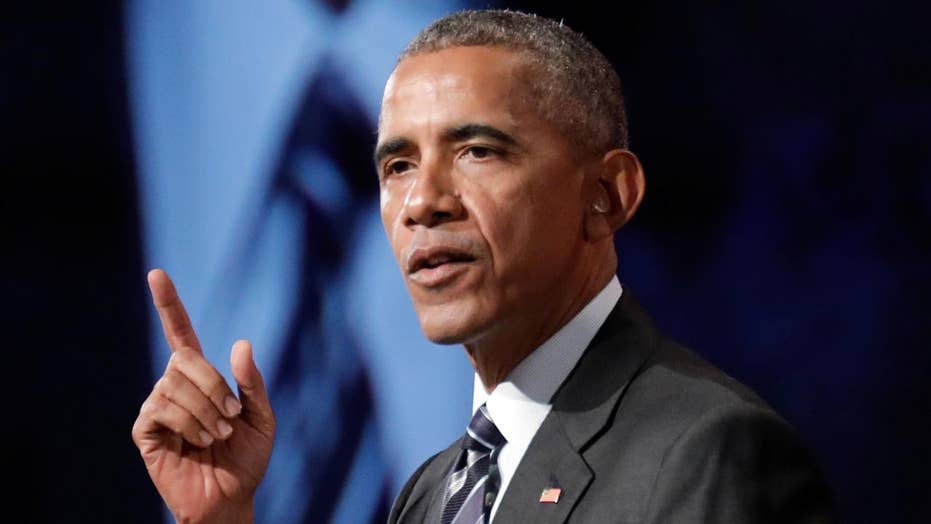 Barack Obama’s presidential library foundation has reportedly lifted the donor restriction imposed while he was in the White House, resulting in million-dollar gifts from such corporations as Microsoft and Exelon.

The foundation reported Friday that eight donors have pledged at least $1 million and that it has raised $1.2 million in the second quarter of 2017.

The list of million-dollar donors would bring total fundraising amounts to at least $8 million toward the projected $500 million cost of the library-museum on the South Side of Chicago. The project is scheduled to be completed in 2021.

The foundation started in 2014 and reportedly raised $5.4 million in its first year. However, the foundation’s total fundraising amounts since its start are unclear.

The foundation on Saturday did not immediately return requests for that amount.

A foundation official recently told the Chicago Sun-Times that the organization lifted its self-imposed donor "restrictions" when Obama left office in January but will “continue to vet and publicly disclose all large contributions.”

The foundation was previously not accepting contributions from for-profit groups, federal lobbyists and foreign nationals.

Other million-dollar donors reported Friday by the foundation include Ann and John Doerr and the Hutchins Family Foundation.