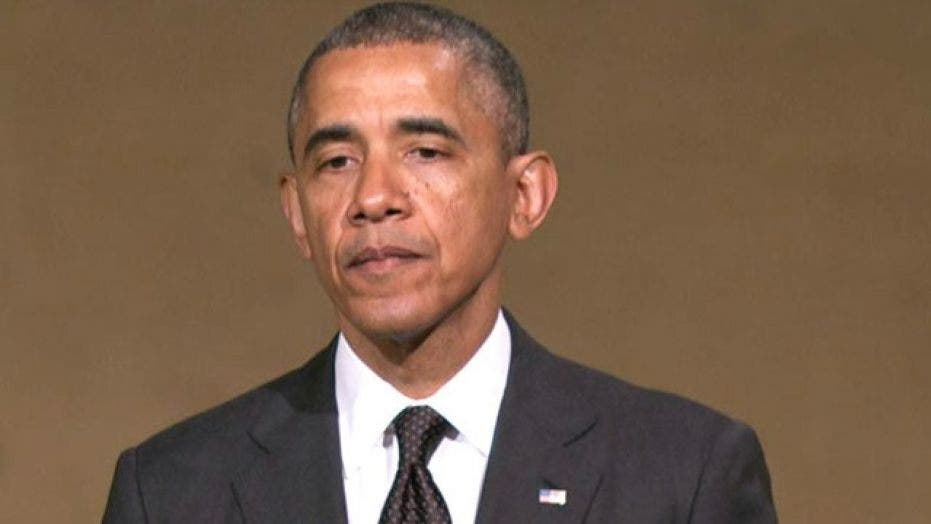 Former President Barack Obama said Wednesday he was "heartened" to see law enforcement marching alongside protesters and showing restraint, adding that a "vast majority" of them want to protect and serve.

"I want to acknowledge the folks in law enforcement that share the goals of reimagining policing,” Obama said in his first on-camera comments after the death of George Floyd. “Because there are folks out there who took the oath to serve your communities, your countries, have a tough job, and I know you’re just as outraged by the tragedies in recent weeks as are many of the protesters.”

“So we’re grateful for the vast majority of you who protect and serve. I’ve been heartened to see those in law enforcement who recognize let me march along with these protesters, let me stand side by side and recognize that I want to be part of the solution, who show restraint, and volunteer, and engage and listen, because you’re a vital part of the conversation,” the former president continued in a town hall hosted by the My Brother’s Keeper Alliance.

Obama said that while he was in office, he created a task force on 21st century policing. But still, most reforms need to happen on the local level, he said. “I urge every mayor to review your use-of-force policies with members of your community.”

The former commander in chief encouraged local officials to “do something” about implicit bias in the training of police officers.

He again emphasized the importance of voting, adding that it is mayors and county executives who appoint police chiefs and negotiate collective bargaining with the force. He said it is up to local leaders to establish police community review boards.

“I’ve been hearing a lot of chatter on the internet about voting versus protests, politics versus civil disobedience,” Obama said. “This is not an ‘either/or,’ this is a ‘both/and.’ We both have to highlight a problem that makes people feel uncomfortable and translate that into solutions.”

Obama last week said the death of Floyd while in Minnesota police custody “shouldn’t be ‘normal’ in 2020 America,” and later called out those who say protesting is more effective than participation in electoral politics.

Obama also said: "The point of protest is to raise public awareness, to put a spotlight on injustice, and to make the powers that be uncomfortable… But eventually, aspirations have to be translated into specific laws and institutional practices — and in a democracy, that only happens when we elect government officials who are responsive to our demands.”