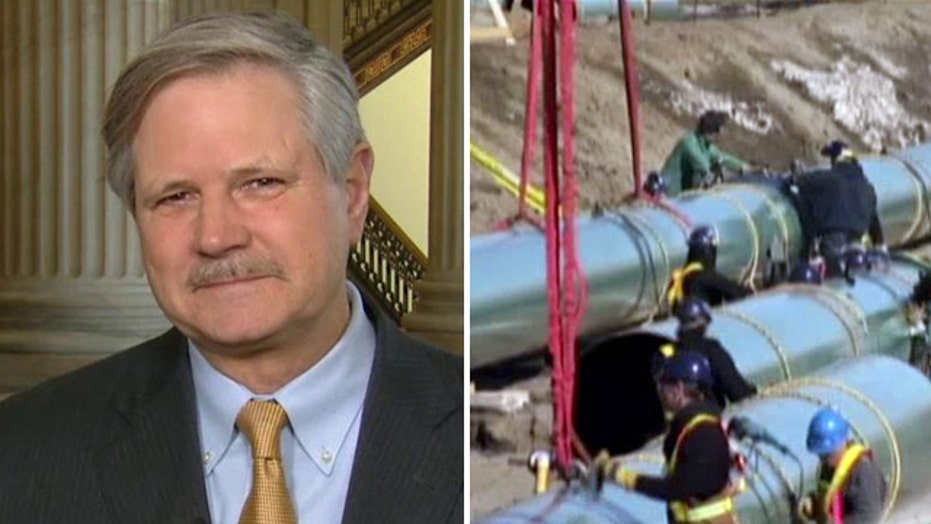 The bill, when it reaches the president’s desk, starts a constitutional "clock" by which the president must either sign or veto the legislation.

Obama has vowed to veto the measure if it reaches his desk before the State Department finishes its report.

Article I, Section 7 of the Constitution states such bills must “be presented to the President of the United States; If he approves he shall sign it, but if not, he shall return it, with his Objections to that House in which it shall have originated.”

That article and passage also states that if the president does return the bill after 10 days (not including Sundays), then it becomes law “as if he had signed it.”

Supporters of the pipeline, which would carry oil from Canada to Gulf Coast refineries, say the project will create tens of thousands of jobs in the United States and help the country become less dependent on foreign oil.

Critics largely argue that drilling for oil in Canada’s tar sands will emit too much greenhouse gas and contribute to global warming and question the supporters’ job-creation numbers.

The House passed a final version of the bill about two weeks ago, but the sources told Fox New that leaders of the Republican-controlled Congress intentionally waited to send it to the White House.

They purportedly wanted Congress, which last week was on break, to be in session if and when the president vetoes the bill so they can draw more attention to the issue.

It takes a two-thirds vote in the House and Senate to override a veto.