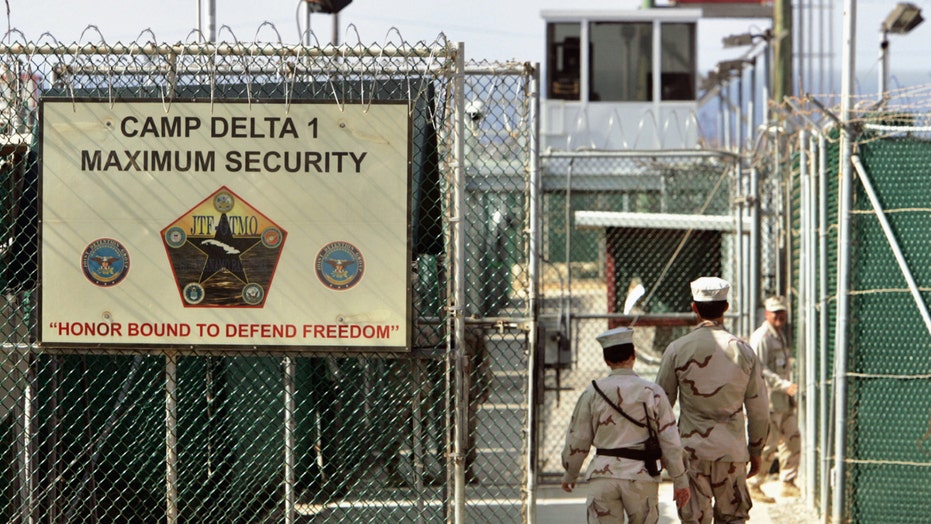 President Obama doubled down Friday on his push to shutter the Guantanamo Bay prison camp, calling it a magnet for “jihadi recruitment” and vowing to present his closure plan to Congress -- while keeping his cards close to the vest on whether he’d try to use executive action to finish the job.

The president addressed his plans at a year-end press conference at the White House, before heading to Hawaii for his annual family vacation. With the Guantanamo push standing as a major piece of unfinished business going into his final year in office, Obama was asked about his strategy.

Obama said he’ll present Congress with his plan, and argued that the camp remains one of the “key magnets for jihadi recruitment.”

“For us to close it is part of our counterterrorism strategy,” Obama said.

As he spoke to the press, his Defense Department is said to be moving a plan to potentially transfer another 17 inmates out of the facility – part of the effort to reduce the number of detainees at the camp as much as possible.

The president, though, faces deep resistance from some in Congress over the final closure plan, and particularly the expectation that the administration will try to bring any inmates who cannot be transferred or released elsewhere to the U.S. mainland.

Obama would not say definitively Friday if he’d use executive action should Congress continue to block him – but suggested it’s an option on the table.

“We will wait until Congress has definitely said no to a well-thought-out plan with numbers attached to it, before we say anything definitive about my executive authority here,” Obama said.

More broadly, Obama vowed Friday not to fade in the background but instead use his remaining months to push longstanding goals to fruition.

“With the terror threat as great as it’s been since 9/11 and ISIS gaining ground, President Obama’s self-serving victory lap looks incredibly out of touch,” RNC Chairman Reince Priebus said in a statement. “Two weeks on the golf course isn’t going to get us any closer to defeating radical Islamic terrorism or keeping our country safe from another attack.”

The president, though, portrayed 2015 as one of significant progress for his agenda, pointing to diplomacy with Iran and Cuba and an Asia-Pacific trade agreement as big wins for his administration. He also praised a Supreme Court ruling legalizing gay marriage and a congressional rewrite of the No Child Left Behind law as further victories for causes he's made central to his presidency.

"I said at the beginning of this year that interesting stuff happens in the fourth quarter -- and we are only halfway through," Obama said.

Calling attention to his signature legislative achievement, Obama announced that 6 million people had signed up for health care so far this year under the Affordable Care Act, a surge that officials say illustrates the program's durability.

After the news conference, Obama was to depart for San Bernardino, California, where he planned to meet with families of the 14 victims of the terror attack. He then will fly to Hawaii to spend Christmas and New Year's with his family. Obama has vacationed in Hawaii every year since taking office.

Obama on Friday, after spending the week trying to reassure the public about security measures in place following the San Bernardino and Paris terror attacks, also vowed to keep hitting the Islamic State.

“Our air campaign will continue to hit ISIL harder than ever,” he said.

At the same time, he acknowledged difficulties in balancing civil liberties against security needs – when asked about complaints security officials are not adequately screening social media of visa seekers, after it emerged one of the California attackers had made jihadist comments online.

Obama stressed that private communications are “harder to discern.” He said the government would be “engaging with the high-tech community” to figure out a better way to track suspected terrorists.

“We’re going to have to continue to balance our needs for security with people’s legitimate concerns about privacy,” he said.